The U.S. is considering a number of options to stop the “Nord stream-2”

WASHINGTON, 5 Dec — RIA Novosti. The United States is considering a range of actions to halt the construction of the pipeline “Nord stream-2,” said the assistant to the President for national security John Bolton at the conference held by the Wall Street Journal (record of communication with Bolton published channel C-Span). 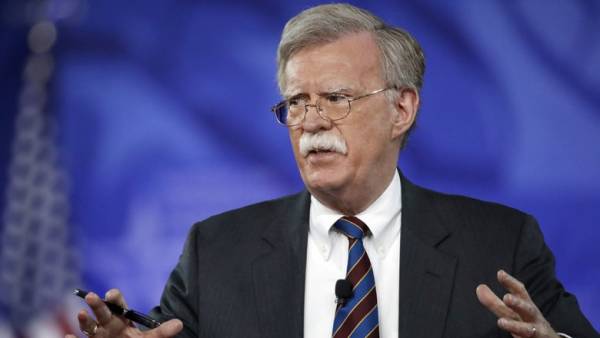 “So, a large number of sanctions against the Russians are already in place. And there will be more. The President constantly reiterates that Germany should cancel the project of the pipeline “Nord stream-2”. We look at a whole range of options that we could take in this direction,” said Bolton.

Earlier, a senior official of the US state Department said in the course of communication with journalists that the incident with the detention of military ships of Ukraine in the Kerch Strait at the border violation of the Russian Federation should force the EU to abandon the “Nord stream-2”. Earlier, the German foreign Minister has commented that the incident in the Black sea did not change the relationship of Berlin to the construction of this pipeline.

State Department spokesman added that the question of the construction of the pipeline was discussed with German politicians, who after the incident in the Black sea have become more responsive to calls US “Northern stream-2”, because, according to him, the incident “resonated with public opinion in Germany.”

Germany, the largest EU economy, supports “Nord stream-2”. Foreign Minister of Germany Heiko Maas after the incident in the Kerch Strait, said that “Nord stream-2” — commercial project and no country will benefit if the German or other European companies will refuse to participate in it.