The Bank has separated on a call from CB

Over the case of embezzlement of 585 million rubles. 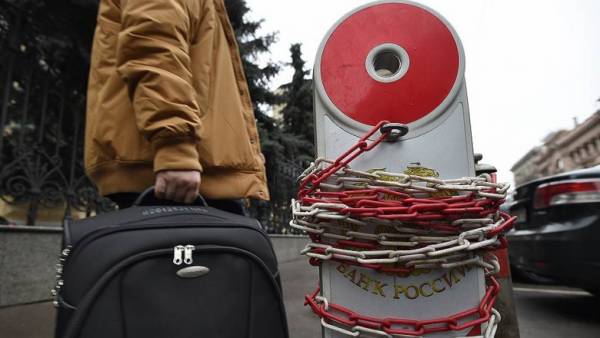 As it became known “Kommersant”, the collapse of the Bank “Dynamic system” (LH Bank) were involved employees of the Central Bank, nazyrova for the lending institution. According to investigators, they warned bankers on the audit and the impending revocation of the licence, and then withdrew from the Bank all the funds. Soon the alleged participants of theft will stand trial.

According to “Kommersant”, the investigator of the head investigative Department of the Investigative Committee of Russia (TFR) was charged in the final version of the defendants in the criminal case about the theft of more than half a billion rubles from the DS of the bankrupt Bank.

The Central Bank revoked the license of the credit institution, formerly known as the “Agency of the particular economy and Finance”, in may 2016 in connection with “high-risk lending policy connected with placement of funds into low-quality assets” and “dubious transactions”. A month later after an appeal to Alexander Bastrykin, the head of the Central Bank Elvira Nabiullina of the GSM TFR opened a criminal case under part 4 of article 160 of the criminal code (misappropriation or embezzlement).

His first figures, in 2016 year became acting Chairman of the Board DS-Bank Igor Sinyugin, head of lending Alexander Vdovin and unemployed Andrey Kuznetsov, engaged, according to investigators, registration of firms-a something ephemeral, on account of which displayed the stolen money. As found by the Committee, a month before the revocation of Bank licenses it guide given different legal entities, in the form of loans 585 million roubles— almost all available in the box office cash. Subsequently all the money was transferred to accounts of the seven-day firms and has cashed by the bankers.

Another three defendants were arrested by the motions of the investigation sent to the Basmanny district court of Moscow in jail last year. The hardest thing was to get to the former President of DS-Bank Fyodor Cyrulnik, who barely started the investigation, flew to Mauritius, where he planned to stay and live. Through negotiations with his relatives, the investigators were able to convince the ex-banker to return home. Another unemployed “Registrar” Vitaly Vergizova and adviser to Mr. Sinyuhina Victor Averin the police detained in Moscow. Note that the latter investigators believed the so-called arsonist banks, believing that the financier can act as an organizer of criminal schemes to withdraw money not only from DS-Bank and other credit institutions. As militiamen established, Mr. Averin, a lawyer by training, before joining the banking system managed to work in militia. Then, he held various positions in Lefko-Bank (disbarred in 2008 with a debt of 3.4 billion rubles), Bank “the Russian credit” (2015, 126 bln.), Transnational Bank (2015, 2.6 billion RUB) and became famous in connection with the case of Colonel billionaire, the Ministry of internal Affairs of Dmitry Zakharchenko Nota-Bank (2015, RUB 26 billion).

The policeman, whose case is now being considered by the court, according to investigators, warned the leadership of “Notes” about upcoming inspections. After that accused persons were noted in the “European standard”, which collapsed in December 2017, owed customers nearly 1.5 billion. News

However, in the final version of the charges under article 160 of the criminal code, includes only episodes that are associated with DS. Moreover, two of the defendants in the investigation, pleaded guilty and entered into a pretrial agreement on cooperation, giving in the transactions of the testimony of his accomplices. Thus, they avoided a lengthy trial and the prospect of substantial penalties.

In SKR “” have confirmed the completion of major investigation on the embezzlement case, but from detailed comments have refrained before the approval of charges by the Prosecutor General. Before that, the accused will get acquainted with the investigation materials, which make up 90 volumes.

The lawyers of the defendants told “” that their clients really checked for involvement in the collapse of other financial institutions, but this information was not confirmed. Advocates believe that the attention of the first persons of the Central Bank and consequences to a small Bank connected with its customers in a credit institution, they note, funds ended up one of the largest state-owned corporations.

Moreover, the investigation revealed that the withdrawals from the Bank began after the financiers on the audit, which can result in the revocation of the license, warned by the staff of the Central Bank. For this, said an informed source “b”, criminal proceedings were brought by two former clerk of the Bank of Russia.

Moreover, said the source “b”, in the beginning the case was investigated by the investigative Department of the FSB, and then the materials were transferred to GSU SKR. Kommersant’s source close to the investigation confirmed this information, but details of the investigation in respect of former members of the regulator failed. In the Central Bank declined to comment.