Director Alexander Sokurov told the details about the searches in the non-profit Foundation “an Example of intonation”, the artistic Director and founder of which he is. A statement published on the page in Facebook “the Island of Sokurov,” the Director confirmed to RBC that the comment really belongs to him. 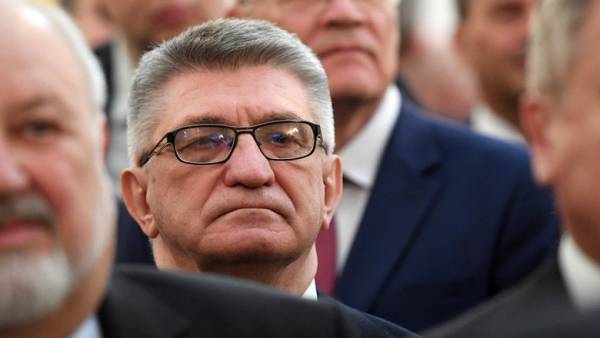 According to Sokurov, the first in the Fund were scheduled audit of financial activity, then the police received a denunciation from a former employee of the Fund. His actions stem from reluctance to repay a debt, says he: “This man took a lot of money in the Fund and I have, unfortunately, returned them neither there nor me.” In addition, the former employee has a personal dislike for the Director of the Fund Nikolai Encino, said Sokurov.

The Director did not disclose the name of this former officer of the Fund. However, he only said that he has several convictions and that he is familiar with his father. “Shortly before our events this man (a former employee of the Fund is approx. “Vedomosti”) wrote a denunciation of one of his friends, the officer of the Navy, completely destroying his fate contrived and aggressive fantasies,” says Sokurov.

He also notes that to him the special attention began after a meeting of the Council for culture, when he asked the President of Russia Vladimir Putin about Ukrainian Director Oleg Sentsov, asking to release him.

“Technically, I didn’t feel any pressure. But when the situation with this accusation, as far as I know, the FSB is actively involved in it,” said Sokurov. According to him, the decision of the court closed his phone was tapped. He also noted that his case is sometimes compared to the story of Director Kirill Serebrennikov, who is accused of embezzlement during the implementation of the cultural project “Platform”. “What it means, I don’t know,” concludes Sokurov.

Earlier it became known that the police of St. Petersburg checks Fund “an Example of intonation”. The verification is conducted “upon the statement of the citizen about possible illegal actions” of the Fund, said the office.

According to RTVi, Director of the Foundation suspected in the kidnapping of budget money by providing fake documents about the costs.

“An example of intonation” is a non — profit Foundation for the support of cinema. It was created in 2013 to support young aspiring authors. The Fund, as stated on its website, has partnered with the Ministry of culture, Committee for culture of St. Petersburg public Fund of Vladimir Smirnov, a film Studio “Lenfilm”.