In Russia made a psychological portrait of the average corrupt

Moscow. 6 Dec. INTERFAX.RU University of the Prosecutor General together with the psychologists have drawn up a psychological profile of the average corrupt. 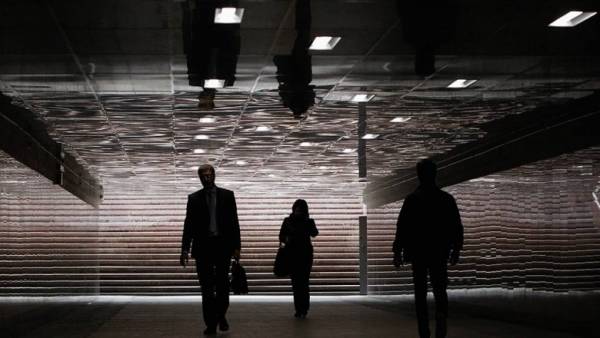 “The portrait that is drawn when first thinking “who is corrupt?”, from the real is very different,” — said the official representative of the Prosecutor General of the Russian Federation Alexander Kurennoy on the channel Supervisory authority “Ether”.

He explained that “traditionally credited with some negative psychological characteristics of these people are quite clear: commercialism, greed, greed, domination of material values in the General system of values, desire for wealth, lust for power is infinite.”

However, as noted Smoking, research this approach denies:

Actually corrupt, as a rule, active, energetic, enterprising people, they are very sociable, they are incredibly emotionally stable, including in stressful situations, they are willing to work hard, have a high degree of self-control. It is an objective picture.

According to the study, the average corrupt official is also capable of productive team work, communicative.

“Of course, they have particular characteristics. As a rule, these officials are criminals. They are older than people convicted of other crimes. The average age of the bribe taker is 40 years”, — said the representative of the Prosecutor General. According to him, most of them corrupt — men:

As a rule, educated people with higher education. They have a permanent place of residence. They have a family, have children. As a rule, a typical corrupt not abusing alcohol, not taking drugs. Not a claim to it in everyday terms. It does not violate public order.

According to him, the motive of Commission of corruption crimes is not always just greed, this need for self-affirmation, increase their credibility, power, corporate solidarity, and even revenge of the manual.