The son of a banker, father of the President: biography of George H. W. Bush 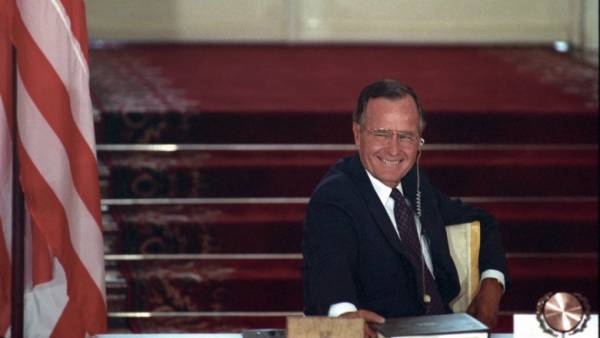 The school and the army

George HW Bush was born June 12, 1924 in Milton, Massachusetts. His father Prescott Bush was a banker, and in the years 1952-1963, as a member of the Republican party (RP), represented Connecticut in the U.S. Senate.

In 1942, after graduating from Phillips Academy, an elite private school in Andover, Massachusetts, George H. W. Bush volunteered for naval aviation. After graduating from the 10-month courses, served on the aircraft carrier San Jacinto and piloted a torpedo bomber Grumman TBF Avenger, being the youngest naval Aviator at that time. Participated in combat operations in Japan and the Philippines. In 1945, he was demobilized with the rank of second Lieutenant. For service to aviation was awarded the cross and medals.