Soldiers of the army of the DPRK fled to South Korea

SEOUL, 1 Dec. /TASS/. Soldiers of the Korean people’s army (kPa, the armed forces of the DPRK) defected to the Korean side of the border. On Saturday said the chiefs of staff Committee (CSC) of the Republic of Korea. 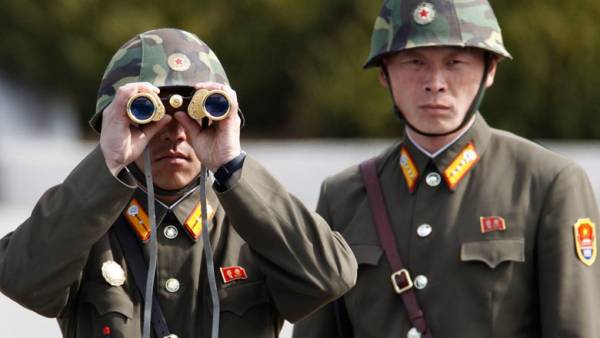 “The relevant authorities are going to investigate the details of how he went to the South,” — said in a statement released by the Agency’s brief press release. According to the JCS, the North Korean side in response, not taking any “unusual activity”.

It is noted that the soldiers crossed the border at 7:56 local time (1:56 GMT) and was discovered through the Supervisory equipment. He is currently detained and is safe.

This is the first case of escape to the South, the kPa soldier after 30 November, the Republic of Korea and the DPRK demolished in the area of the demilitarized zone, 10 security posts, reduced the number of personnel stationed there, and brought heavy weapons. These measures are aimed at creating trust and preventing accidental clashes on the border.

Previous escape occurred on November 13 last year. Then the soldiers of the Korean people’s army in a stolen car rushed to the border point Panmunjom and under machine-gun fire ran on the South side, receiving severe wounds. Korean doctors were able to save his life, and he currently resides in the Republic of Korea under a new name.