Bush told of how his father was 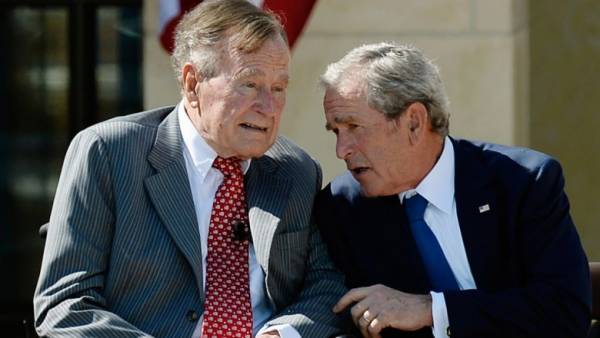 George Herbert Walker Bush was a noble man and the best father a son or a daughter could ask for.

Condolences in connection with death of Bush already expressed by the President of the United States Donald trump and his wife Melania, calling the 41st American President a great man, possessing great leadership qualities and inspired generations of Americans to serve their country.

Bush took the presidency, 1989-1993. International policies pursued by the Bush, marked by military operations conducted in Panama, the Philippines and the Persian Gulf. The elder Bush also served as the 11th Director of the Central intelligence Agency (1976-1977) and the 43rd Vice President of the United States (1981-1989). In April of this year, has left the life of the wife of Bush — Barbara Bush, with whom he lived 73 years.