Putin briefly spoke with Merkel on the G20

BUENOS AIRES, 1 Jul — RIA Novosti. The President of Russia Vladimir Putin briefly spoke with German Chancellor Angela Merkel on the sidelines of the G20 summit in Argentina, the correspondent of RIA Novosti. 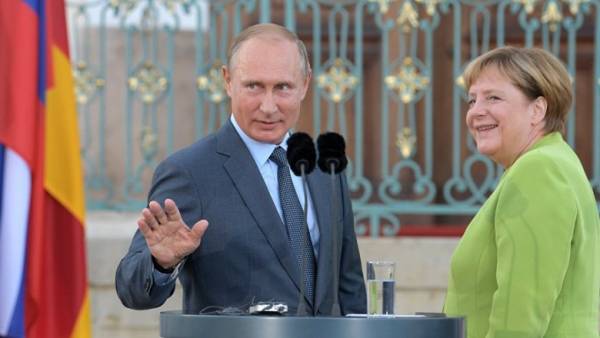 The leaders conducted a discussion on the ceremony photography at the colon theatre before the show for the heads of the “big twenty”.

Merkel arrived in Buenos Aires very late because of the failure of his plane and had time on Friday to come to the solemn evening in the theater.

The President of Russia met with the French leader Emmanuel Macron, and held a trilateral meeting with Chinese President XI Jinping and Prime Minister Narendra modi. In addition, Putin spoke at a meeting of the heads of States — participants of the BRICS and briefly spoke with the Prime Minister of Italy, Giuseppe Conte.

Putin and Merkel talked at the Teatro colón in Buenos Aires pic.twitter.com/7e8n5YOiJB

The G20 summit in Buenos Aires

The summit of “Big twenty” was launched on Friday in Buenos Aires with the working meeting of heads of state. It was opened by President of Argentina Mauricio Macri.

G20 is a leading forum for discussing issues of global economic partnerships. This format unites the country, which accounted for about 85 percent of global GDP.

Among the topics that will be discussed by the leaders of the largest economies in the world in Buenos Aires — trade, digital economy, climate change, sustainable development and gender equality.

Read also: Putin and trump did not greet each other at the G20