In the US, with ether removed the song 40 years. Decided that it offends the movement #MeToo

The song Baby It’s Cold Outside (“Baby, it’s cold outside”) for over half a century, is traditionally performed during the Christmas season in Department stores of the United States and many other countries. But a radio station in Cleveland, Ohio, decided to take it off the air in response to complaints by some students. 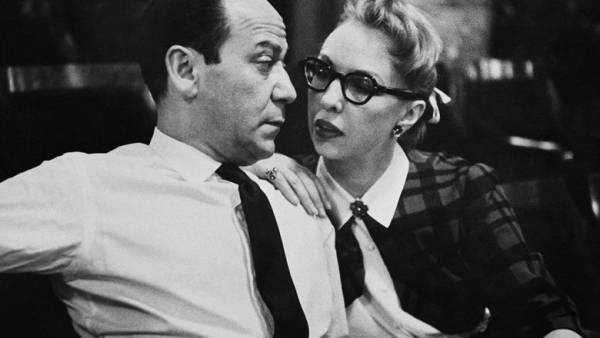 The audience didn’t like some lines in the lyrics that, in their opinion, defy the principles of the movement #MeToo in the protection of women victims of violence.

Glenn Anderson, a leading radio station Star 102, wrote on Twitter that although the song was written in a different historical period, the text now seems morally flawed.

“A world in which we live is highly sensitive to such topics, and people are easily offended. But in a world where movement #MeToo gave women the voice they deserve, this song has no right to exist,” wrote Glenn.

However, a survey conducted on the radio station page on Facebook showed that the vast majority of listeners do not support this ban.

But once, writes the Washington Post, this song was an anthem for progressive women. So what’s the deal?

This song was written by Frank Lesser in the forties of the last century, it is sung by many famous singers, among them Lady Gaga, Tom Jones, Michael bublé, and actors will Ferrell and Zooey Deschanel sang it in the movie “Elf”.

The song appeared in the movie “Neptune’s Daughter”, released in 1949, and a year later even won an “Oscar” for best song for the film. The lyric is a dialogue between a man and a woman, often it is sung in two voices.

A story song about a man trying to persuade his girlfriend not to leave because on the street the terrible weather, and stay with him until morning:

Critics found this scene to be unacceptable in our time. But especially they were revolted by the following words: “Say, what’s in this drink? (A taxi at that time not to catch!)”. They decided that the man put his girlfriend in a glass of sleeping pills to sedate and rape.