In the SIZO “Lefortovo” in Moscow brought 21 Ukrainian seafarers detained in the Kerch Strait, three more are in hospital “Matrosskaya Tishina”. About it reports TV channel “Rain” with reference to the member of the Public oversight Commission (POC) of the Moscow Kogershin Sagiev, who visited the arrested in the “Lefortovo”, and its correspondent. 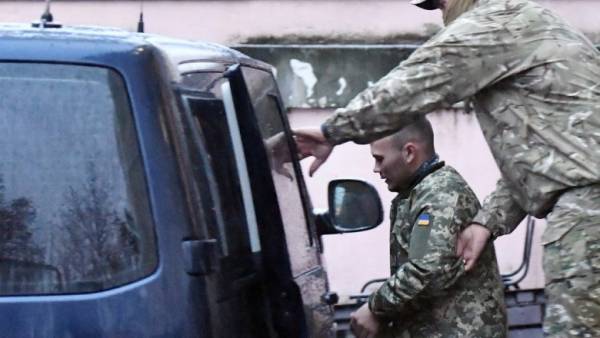 Previously, “Interfax” with reference to the Commissioner for human rights in Crimea Lyudmila Depth reported that all Ukrainian sailors detained November 25, during the incident with the participation of three Ukrainian Navy ships taken out of the detention center of Simferopol.

Russian border guards on 25 November by force detained in the area of the Kerch Strait tug “Yana Kapu” and small armored artillery boat “Berdyansk” and “Nikopol” and their crews. As a result, suffered three Ukrainian sailor, they were assisted. Russian security forces detained 24 Ukrainian. Later the courts of Simferopol and Kerch held them to 25 January 2019.

According to the Federal security service (FSB), Ukrainian ships illegally entered the territorial waters of Russia, maneuvered in a dangerous manner and did not respond to the requirement to stop. Ukraine claimed that they were sent from Odessa to Mariupol on the Azov sea and the Russian authorities were warned about this in advance. In the end, the detained ships were escorted to Kerch. FSB opened a criminal case on illegal crossing of the border under part 3 of article 322 of the criminal code.