Constantinople explained the decision to grant autocephaly to Ukraine

The Patriarchate of Constantinople explained the decision to grant autocephaly to Ukraine. He published a 29-page text of the “Ecumenical throne and the Church of Ukraine the documents say”, which provides information from the archives proving its independence from the Moscow Patriarchate. It is reported by RIA Novosti. 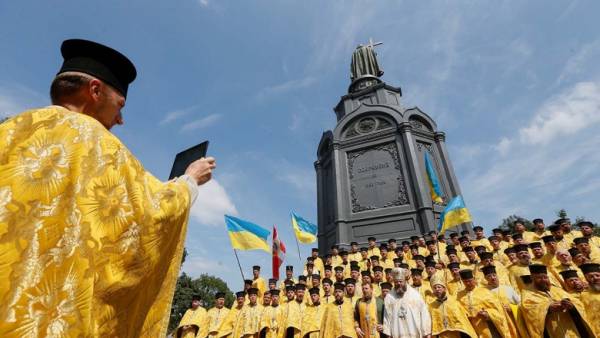 Historical study was supported by the educational Fund of the Bank National Bank of Greece. It argues that Constantinople never gave the Metropolitan of Kiev, upon which the Ukrainian Church in the canonical territory of the Moscow Patriarchate. The right of ordination (priesthood), according to the document, Moscow was granted “for financial reasons”, “out of necessity” and “temporary nature”.

“Official documents show that the Church of Constantinople never gave de jure rights to their canonical Church of Ukraine… Thus, the Ecumenical Patriarch has the right and obligation to exercise maternal care of the Church of Ukraine in each case, when it deems it necessary”, — explained in the text.

In the Russian Orthodox Church criticized the historical data published by the Constantinople. Representatives of the Moscow Patriarchate stressed that all details need to be checked, and the situation requires serious academic debate. In the ROC, for example, said that the documents are not spelled out the temporary nature of the transfer of the Kyiv Metropolitanate under the wing of Moscow.