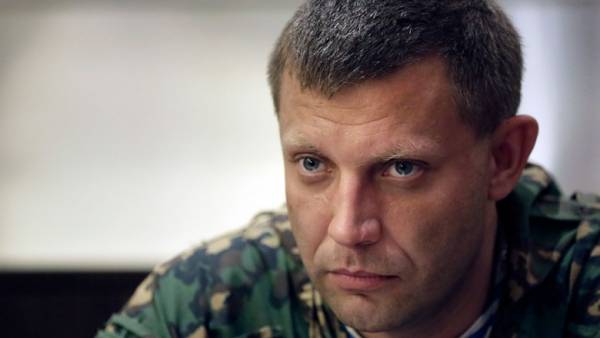 Ukrainian intelligence has named the organizer of murder Zakharchenko The murder of the head of the self-proclaimed Donetsk national Republic (DND) Alexander Zakharchenko was organized by Russia. With such statement on air of the Ukrainian channel 5 was made by the representative of the Main intelligence Directorate of the Ministry of defense of Ukraine Volodymyr Skibitsky. Upstairs According to him, Moscow eliminate those who may become “witnesses in international courts for the aggression of Russia against Ukraine”. “According to military intelligence of Ukraine, with the destruction of the wise is the FSB. It is clear that they will try to blame the Ukrainian side to conduct what they call a terrorist act, in order to then propose to us any charges,” said Skibitsky. He stressed that he has information according to which, the cafe “Separable”, where August 31 was killed Zakharchenko, was under the direct control of the FSB. “In

END_OF_DOCUMENT_TOKEN_TO_BE_REPLACED

France has accused Russia of trying to intercept the signal of a military satellite Russia has been trying to catch signals with Franco-Italian satellite that is used by armies of both countries for the transmission of secure messages. This was stated by the Minister of defence of France, Florence Parlee, reports Reuters. Upstairs According to the French Minister, it happened in 2017, when the Russian satellite Luch (Olymp) approached the satellite, Athena-Fidus. “Trying to listen to their neighbors not only unfriendly, but is an act of espionage,” said parley. “We’re in danger. Our communications, our military exercises, our daily lives are in danger if we fail to respond,” said parley, noting that by the end of the year, Paris will complete the implementation of the strategic plan and space defense. Russian satellite “Luch” or “Olympus” was launched into space in September 2014 Actions of the spacecraft caused several secret meetings

END_OF_DOCUMENT_TOKEN_TO_BE_REPLACED 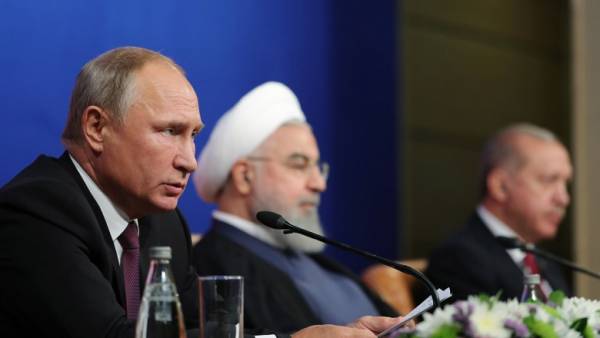 The fight against terrorism in Syria picked up the common language Astana format will continue, despite the differences in the positions of Russia, Turkey and Iran on such a “sensitive issue” as Idlib. This is the main message of the summit in Tehran. The presidents of the three countries Vladimir Putin, Recep Tayyip Erdogan, and Hassan Rouhani has called on terrorists to lay down their arms. This wording was a compromise solution in response to the urgent call of President Erdogan to declare during the summit, ceasefire in the Syrian province of Idlib. Upstairs After a short but heated discussion concerning the final wording of the final Declaration of the summit in Astana format in Tehran, the presidents of Russia, Turkey and Iran found a compromise and adopted the final Declaration, consisting of 12 points. It emphasizes the intention of the three countries to continue the interaction until the complete

END_OF_DOCUMENT_TOKEN_TO_BE_REPLACED 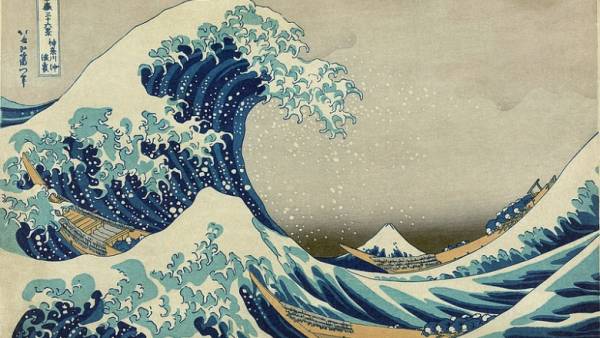 Nanoparticles of Prussian blue was better than hell Chemists from Moscow state University have synthesized a new catalyst for the selective recovery of hydrogen peroxide. It can be useful both in industry and in medicine. Upstairs Scientists of chemical faculty of Moscow state University proposed a new catalyst for the reduction of hydrogen peroxide. It consists of nanoparticles of Prussian blue (blue pigment, a mixture of hexacyanoferrate (II)), and accelerates the reduction reaction is 1000 times better than the horseradish peroxidase — known “natural” catalyst of this process. The results published in the Journal of the American Chemical Society. NewsSergey Prokudin-Gorsky: what was the beginning of colour photography in Russia Peroxide (peroxide) hydrogen compound with the formula H2O2. Oxygen in a molecule is in an intermediate oxidation state of -1, so the peroxide is a strong oxidizing agent (i.e., a particle that accepts electrons). People use this substance in many

END_OF_DOCUMENT_TOKEN_TO_BE_REPLACED

Where are the most unusual staircases in the world (photos) Colorful, endless, ancient, and inaccessible, they delight tourists. Upstairs Batu Caves, Malaysia On the outskirts of Kuala Lumpur, capital of Malaysia, is a unique attraction — the largest Indian temple outside of India and Batu caves. View this post in Instagram Publication of Mat Travel (@mattravelmy) 26 Aug 2018 10:47 PDT During the download an error has occurred. Limestone caves were formed over 400 million years ago, near the Batu river. The complex is about 30 caves. The main cave is called Light or the Temple. At the entrance stands a 43-metre-high statue of Lord Murugan is the youngest son of Vishnu. In the cave are 272 steps. Initially they were built of wood, but then replaced by a stone. Every 12 years it repeats the consecration ceremony of the temple. In the next training stage painted in the colors

END_OF_DOCUMENT_TOKEN_TO_BE_REPLACED 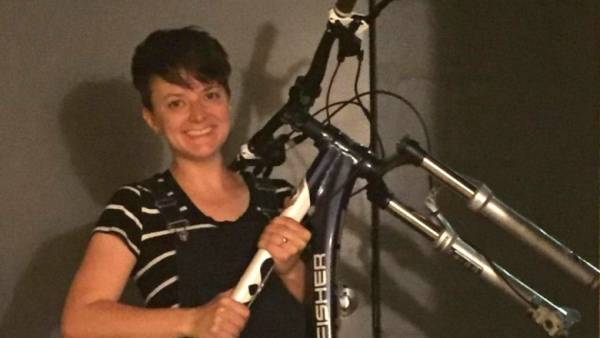 “I hope you have boils”, the angry ad helped return a stolen Bicycle “I hope you in the crotch appear incurable boils”. I am a Seattle resident Shannon Loyce was addressed to the thief who stole the Bicycle of her husband, a cancer survivor three times. Upstairs Lois wrote the ad, addressed to “smelly garbage, stealing bicycles”, in the hope that it will help to restore the loss. Thanks to the help of a homeless man named Kevin, Shannon and her husband Andrew reunited with the bike that was specially adapted to his needs. It seems that the tirade of ads — and the thought of boils — did the trick. Kevin told Shannon that the thief at some point got scared and dropped the bike, and eventually he got to the homeless. The full text of the announcement looked like this: Dear smelly garbage, stealing bikes. A bike that

END_OF_DOCUMENT_TOKEN_TO_BE_REPLACED 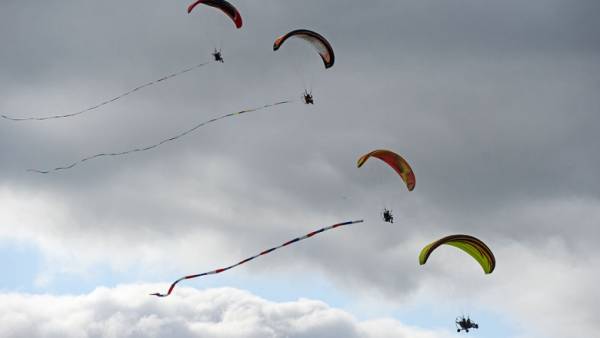 The transport Ministry wants to regulate parachute jumping in Russia. All traders will be outlawed The government propose to prescribe in legislation the aviation skydiving. The transport Ministry wants to force to be responsible for parachutists aircraft owners. Upstairs On the idea of transport, the parachute jumps shall be assigned to the “aviation jobs”, and be responsible for the organization of flights with the jumps should be the operator (owner or lessee of the aircraft/helicopter). The latter will be obliged to prepare instructors and skydivers and to monitor the use of equipment for jumping. NewsHow to survive a parachute failure The Ministry of transport of Russia on 6 September completed public hearings on the draft order, which according to plan should become effective in October this year. The document will amend the part of the aviation regulations applicable in Russia. The most dramatic changes will affect parachuting. “In the current

END_OF_DOCUMENT_TOKEN_TO_BE_REPLACED 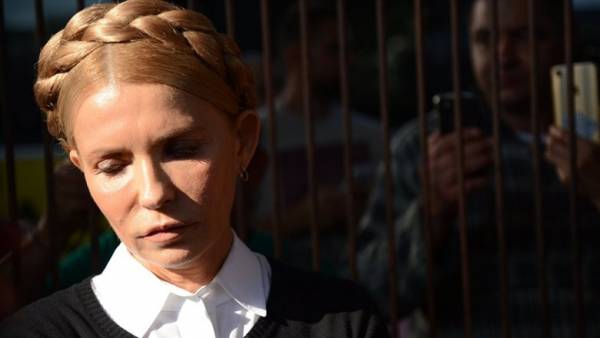 Tymoshenko and Poroshenko in the lead in the rating of candidates in presidents of Ukraine KYIV, 7 Sep — RIA Novosti. The leader of the party “Rodina”, former Prime Minister of Ukraine Yulia Tymoshenko and Ukraine’s President Petro Poroshenko in the lead in the ranking of the candidates in the upcoming presidential election, said on Friday the representative of the Sociological centre named after Mikhail Dragomanov Rostislav Balaban, citing research data. Upstairs “According to this sociological study, the second round two candidates — Yulia Tymoshenko and Petro Poroshenko,” said Balaban. According to him, the leader of a rating of Tymoshenko demonstrates a consistently high level of support in all regions of Ukraine, especially for remote settlements. For her in the presidential election would vote for 15.7% of Ukrainians planning to take part in the vote. While Poroshenko, according to the study, the rating began to grow and amounts to 12.3%.

END_OF_DOCUMENT_TOKEN_TO_BE_REPLACED

Ukrainian Minister unhappy story bi-Bi-si the sanatoria in the Crimea KYIV, Aug 7 — RIA Novosti. Minister of information policy of Ukraine Yuriy stets wrote a letter to the General Director bi-Bi-si Tony Hall, in which he expressed dissatisfaction with the plot of the wonderful spas in “Russian Crimea”, said Friday the first Deputy Minister Emine dzhaparova. Upstairs According to Ukrainian media reports, in late August, the TV channel Travel + adventure, which is owned by Bi-bi-si, showed a documentary program “the Journey of Simon Reeve” about life in Russia. The leader told about the wonderful spas in “Russian Crimea” and about how the Ministry of health of Russia has started the implementation of programs to improve the health of the population. “Yuri Stec, General Director bi-Bi-si concerning the broadcast program of Simon Reeve, who traveled to the Crimea and talked about the Peninsula as Russian territory. It focuses on

END_OF_DOCUMENT_TOKEN_TO_BE_REPLACED 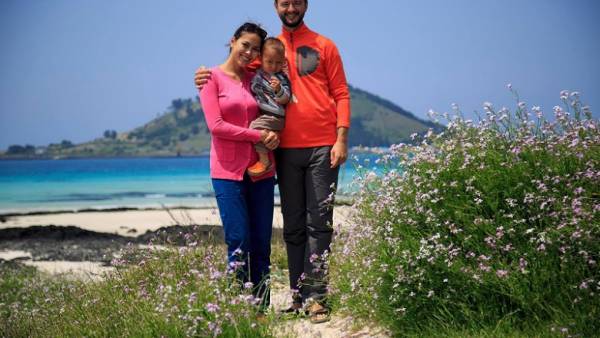 From Sicily to Stavropol The PR man was surprised at the Caucasus and how to make dreams of distant countries a reality — life hacks and experience world traveler. Upstairs In the past the journalist, now specialist in public relations Gregory meadow 32 years. The last of them, together with his wife Irina and polutorogodovalogo son he spent traveling around the world. News“How many wives and children Ramzan Kadyrov” and other issues of the tourists in Grozny — We had a little boy, so every country or region we lived in the same month: the less moves, the less stress for the child, — says Gregory. The journey began in Sicily, the southernmost region of Italy. Then the family lived in France, in Corsica, in Valencia, Spain, Dominican Republic, Mexico, Australia, Bali, South Korea. Then came the Russian stage of the world tour: Amur region, Tynda, Yakutsk, where the parents