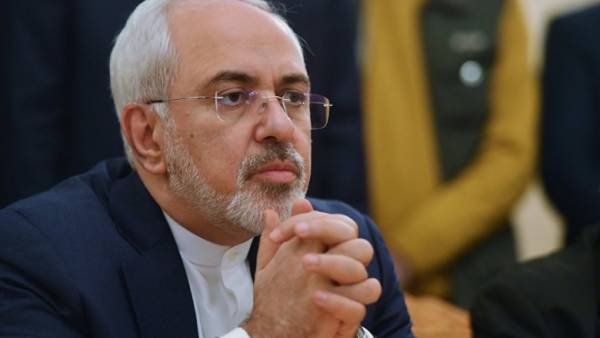 “Show of arts and crafts will not hide the fact that Israel is the only regime in our region with “the secret” and “undeclared” nuclear weapons program, including “effective nuclear Arsenal.” It is time for Israel to confess and open up its illegal nuclear weapons programme to international inspection,” wrote Zarif on Twitter.

The day before, speaking at the UN General Assembly, Netanyahu said about the secret warehouse with tons of nuclear equipment and materials, which was discovered by Israeli intelligence in Tehran. In proof of his words the Prime Minister has shown a satellite image, and photo walls with iron gates.

Inside, he said, are kept at least 15 cargo containers whose total weight can reach 300 tons. The facility is located near the place where he kept the files of the Iranian nuclear program, kidnapped and smuggled out of the country by the Israeli intelligence service, said Netanyahu. The Prime Minister urged the IAEA to conduct an immediate inspection in the area.

Relations between Israel and Iran remain tense since 1979, when Tehran was overthrown the monarchy. The contradictions are of a religious, political and economic in nature. Tehran dissatisfied with the occupation of the Jews of the Islamic territories, and claims tel Aviv is primarily associated with the so-called Iranian nuclear threat. Israel has repeatedly stated about the possibility of war between the two countries.