CHELYABINSK, September 28 — RIA Novosti. The Governor of Chelyabinsk region Boris Dubrovsky on Friday assessed the situation with garbage removal in Chelyabinsk, visiting closed in September landfill, a new landfill for waste disposal and container sites of the city, reported the press service of the head region. 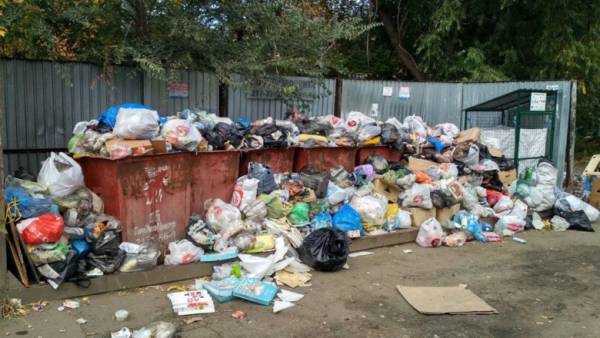 Earlier it was reported that the authorities of Chelyabinsk has introduced a regime of emergency in the city due to the continued failure to remove the garbage from container platforms. The Prosecutor’s inspection revealed in Chelyabinsk more than 300 facts of the inadequate state of container sites because of the prolonged failure to remove waste.

Wednesday, September 26, the head of Chelyabinsk Evgeny Teftelev reported that the situation with garbage collection is improved.

“The head of the region visited the city dump, closed to receiving waste in September. The Governor appreciated the readiness of the facility for further reclamation, with the aim of reducing the negative impact on the environment, improving the General environmental situation in the city. Dubrovsky also drove in the Chelyabinsk neighborhood “poplar alley”, studied the current situation of garbage disposal in residential area”, — stated in the message.

In Chelyabinsk from-for the conflict of the authorities and scavengers haven’t taken out the trash. Just closed the old landfill and the new further 80 km After the Chelyabinsk meteorite was struck by a garbage Apocalypse pic.twitter.com/9bV93HwLtI

In addition, the Governor visited the new solid waste landfill in Poletayevo, which since September receives waste from Chelyabinsk, the report States. Currently using the polygon passes daily up to 200 refuse trucks, is added to the message.

According to the results, the Governor will hold a meeting on this situation.

The press service of the Governor of the region previously reported that in Chelyabinsk from September 11 closed landfill working since 1989, now municipal waste from Chelyabinsk will be taken to licensed landfills Poletayevo, Orafti and Kopeysk.

According to the authorities of the region, 11 of the 16 carriers unilaterally ceased to take out garbage in Chelyabinsk after the closure of the city landfill and the direction of flow of garbage to other sites.

Chelyabinsk office of FAS Russia promised to study the actions of local carriers who refused to provide services for garbage removal from container platforms of the city, on the subject of collusion or abuse of dominant position.