Not palaces, and offices. The head of the FIU told MPs on the question of the buildings of the Foundation

Anton Drozdov said that all buildings are constructed and repaired according to standards, and is spent on them just a little less than a billion rubles. Earlier, President Putin said that the FIU “swung apartment”. 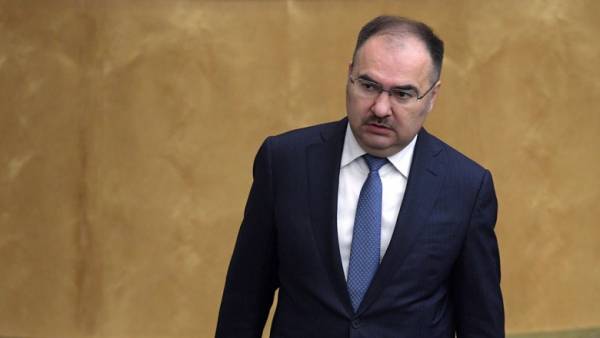 Earlier, the “palaces” of the FIU criticized Russian President Vladimir Putin who has noticed the discontent of the population. During his speech, Drozdov in the state Duma, the Deputy from LDPR Vitaly Pashin said, “Why are you trying to save the citizens, and its territorial offices?”.

It is not clear what branch of the pension funds of regions are arranged in a unjustifiably elegant buildings. Our citizens called it “pension.” I am sure that the content and construction of such premises, spent a large amount of money from the budget. What’s the difference, where to find a pension? For this suitable and conventional building. Why are you trying to save the citizens, and its territorial offices — no?Vitaly Palingates of the state Duma from LDPR

The head of the Pension Fund of Russia Anton Drozdov: “first, about the palaces I wanted to say that they are all constructed according to the standards, and you just need to go inside — this is the usual offices. Indeed, we have several buildings built about ten years ago, located in the Central streets of big cities. They belong to the government, we transferred to the operational management. In this case, they are used also as working offices. In 2015, we approved standard projects with Rosenstrom. All our client services and what is used for the reception of citizens, repaired or built only on these model projects. At the same time provides an environment available all necessary fire safety measures.”.

Therefore, with regard to the appearance of buildings, the issue is completely resolved. With regard to the means that we used it, then repeated checks showed that the funds were used in accordance with the regulations.News

“Now I would like to say that we do not store almost any construction, but mostly, with the exception of Crimea, where it is necessary to organize available environment or good conditions for the reception of our citizens. On average, the whole program of bringing the buildings in order we spend a little less than a billion rubles for everything”.

A month ago, Vladimir Putin in his address on the occasion of the pension reform mentioned in passing and branch of the Pension Fund. “They too swung their apartments. People find it annoying,” said the head of state.