Moscow. September 24. INTERFAX.RU the Results of the second round of gubernatorial elections in several regions had for the Kremlin, the element of surprise, stated the press Secretary of the President Dmitry Peskov. 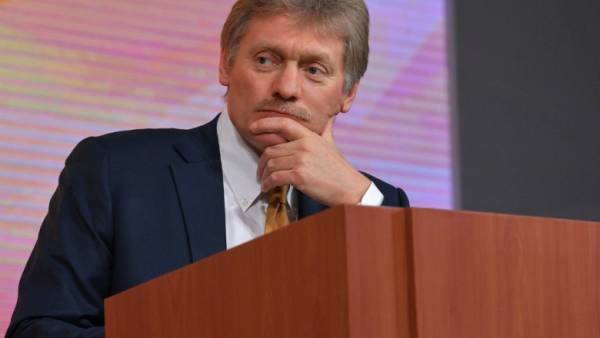 “Let’s just say there really is an element of surprise” — he said to journalists on Monday, responding to a question.

“Again, it will be an occasion for analysis, in order then to correct the work,” continued Sands.

However, the press Secretary noted: “elections are Elections, and when the President speaks on the priority of competitive, free, fair and fair elections, this is what he has in mind.”

The candidate from LDPR Vladimir Sipiagin in the second round of elections of the Governor of the Vladimir region on September 23, won with a score in 57,03% of the vote, ahead of incumbent Governor Svetlana Orlova.

According to the preliminary results of the second round of elections in the Khabarovsk region, the candidate from LDPR Sergey Furgal scored 69,57% of the vote, while the head of the region since 2009 Vyacheslav Shport has received only 27.97% of votes.

In Khakassia the second round of elections will take place October 7, it will be attended by candidates from “Fair Russia” and the Communist party Andrey Fishin and Valentin Konovalov. The head of the Republic Viktor Zimin withdrew his candidacy.

September 16 in Primorsky Krai passed the second round of the gubernatorial election. The results of counting 100% of bulletins the acting Governor Andrei Tarasenko (United Russia) scored from 49.55% to 48,06% of the candidate from the Communist party Andrei Ishchenko. The parties have accused each other of fraud and falsifications. In krayizbirkom received over two hundred complaints of violations. September 20 the election Commission of Primorsky Krai has cancelled results of elections. Within three months should be re-vote until December 16.