LDPR leader Vladimir Zhirinovsky at the round table “Improvement of electoral legislation of the Russian Federation” has declared, that considers possible to reduce the number of deputies in the state Duma. 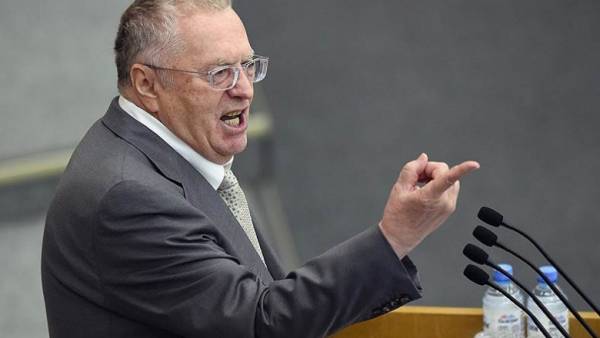 “They sit 450 deputies, are unable to act — then voters complain that he sits, can’t see him, he reads the newspaper. Imagine every day to be silent. But we can’t give opportunities to speak to all the 450,” said Mr. Zhirinovsky. He expressed confidence that fewer deputies would “resolve these issues”.

of the Party raised the price of votes

Vladimir Zhirinovsky has voiced this idea before. So, in 2010 he proposed to reduce the number of Duma deputies to 200, highlighting, thus, “money for modernisation”. In 2017, Mr. Zhirinovsky was convinced that the Duma will be enough and 300 deputies.

Recall, the lower house of Parliament according to the law shall consist of 450 deputies: half are elected by party lists and half in single — mandate constituencies.