ATHENS, September 24. /TASS/. The authorities of the Greek island of Skiathos introduced a penalty for someone who picks up a pebble from the beach, Lalaria. The decision was taken by them in order to stop the change of the coastline in this place. 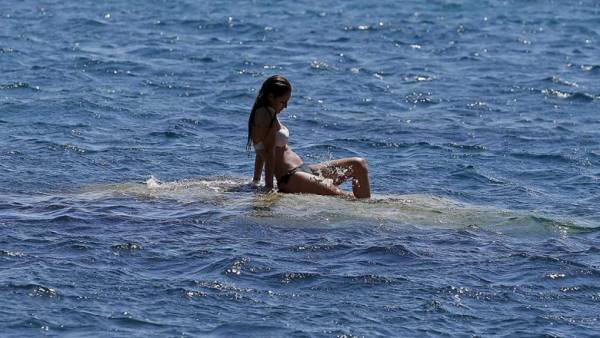 Beach with azure water, which became popular after starring in 2008 on the island of the Hollywood musical “Mamma MIA!” disappear rounded marble pebbles, and the local administration has adopted restrictive measures, according to Greek newspaper Kathimerini.

As the head of the cultural Association of Skiathos presenters thodoris tzoumas of days at the airport of Skiathos has a special container called “Box for the pebbles on the beach of Lalaria” and tourists are asked to return it taken from there as a souvenir of smooth pebbles. At the airport had been surprised that the Luggage of passengers detected by the “unexplained large number of stones.”

According to Tsubasa, local residents began a campaign to save the beach from tourists, which during the year taking with it tons of gravel on the memory.

“We had no other choice. Although the Lalaria beach and not in danger of slipping soil, human intervention is such that natural beauty is being destroyed, and this is troubling,” — said the head of the cultural Association.

A fine of up to €1 thousand

Also installed at the airport and the ports of containers, authorities have imposed fines of up to €1 thousand for tourists if they find a pebble taken from the beach. They also placed the posters on the ferries, established the signs on the coast, urging visitors “to photograph, not to pick up stones,” and began to check the ports in the Luggage of tourists who travel in ships and boats on Lalaria beach, surrounded by cliffs and accessible only by sea.