According to the world health organization, 237 million of the 46 million men and women in the world suffer from disorders related to alcohol. 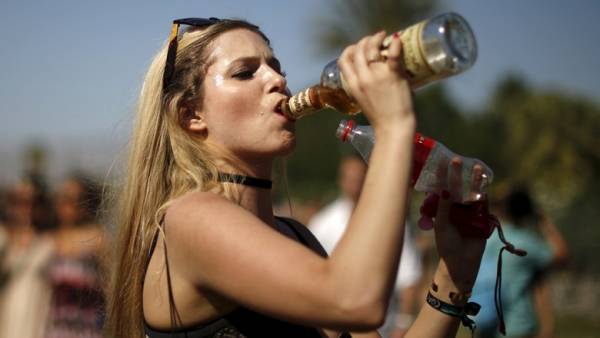 GENEVA, 24 Sep. /TASS/. The world health organization (who) predicts growth of alcohol consumption in the world in the next 10 years. Published in Geneva, the report notes that excessive addiction to alcohol have to pay a “unacceptably high” price and that we need “creative solutions” on the part of governments to address this problem.

According to the report, there are 237 million people and 46 million women “suffering from disorders related to alcohol.” These disorders are more common in countries with higher income per capita than low. In 2016 from the “malicious use” intoxicating beverages in the world have died more than 3 million people (5.3% of all deaths).

“Deaths from alcohol are higher than the mortality caused by such diseases as tuberculosis, HIV/AIDS and diabetes,” who. Almost 29% of the cases of death brought on caused by alcohol injury, over 21% of cases of diseases of the digestive system in a 19% cardiovascular disease, almost 13% of infections, more than 12% Oncology.

In 2016 with alcohol related disabilities, injuries and diseases amounted to a total of 132,6 million conventional.

“Too many people in the world, their families and communities suffer the consequences of harmful use of alcohol — violence, injuries, mental health problems, and also due to diseases such as cancer and stroke, said who Director-General Tedros Adan Ghebreyesus. The time has come to strengthen measures to prevent this serious threat to the development of a healthy society”. He encouraged States to implement “creative solutions that will save lives.”

Among these steps, he called raising taxes on alcohol products and restrictions on its advertising.

From 2010 to 2016, the mortality rate related to alcohol has declined slightly, from 5.6 to 5.3% of the total number of deaths. However, at the same levels of morbidity and disability (5.1 percent). “Current trends and forecasts indicate an increase in alcohol consumption per capita in the next 10 years, particularly in South-East Asia, North and South America,” the report notes.