Over the case of major thefts in departmental sanatoria. 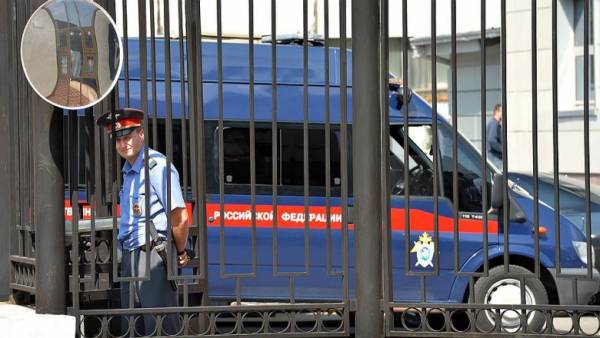 As it became known “Kommersant”, Russia’s Investigative Committee has finished investigation of the criminal case on embezzlement of budget funds in the reconstruction for the 2014 Olympics Sochi three sanatoria of the Ministry of internal Affairs of Russia. From allocated for these purposes of 500 million rubles, according to investigators, was stolen more than 140 million rubles of three defendants in the case — former head of the center of the customer-Builder of the Department of organization of capital construction, Ministry of internal Affairs of Russia Igor Dontsov, ex-General Director of FGUP RSU of the Ministry of internal Affairs Vyacheslav Kolesnik and CEO of the subcontractor — LLC “Maritech” Nikolay Marusov get acquainted with criminal case materials.

To understand the circumstances of this scandal, the TFR took almost three and a half years. The criminal case was initiated under part 4 of article 159 of the criminal code (fraud in especially large size) concerning unstated persons in may 2015, the investigative Department of the Ministry of internal Affairs by results of internal checks. However, after a month when it was revealed that the theft may be part of the officials of the interior Ministry, the Prosecutor General’s office transferred the case to the TFR.

During the investigation it was found that the reconstruction of the Sochi sanatoria “Iskra”, “Salut” and “Host” in which the officers lived, to ensure the safety of athletes and guests of sporting events, was conducted from 2011 to 2013, “in accordance with the plans of preparation for the XXII Olympic games 2014”.

For these purposes from the budget allocated 500 million rubles.

As inspectors have established, the distribution of resources engaged in the center of the customer-Builder of the Department of organization of capital construction of the Ministry of interior, headed by Igor Dontsov.

In particular, “Maritech” felt that FGUP underpaid him for work performed 120 million rubles. However, in satisfaction of the claim of the merchants was denied.

From the testimony of Mr. Marusov was that Igor Dontsov signed acts of acceptance of work performed, the prices of which were obviously inflated. Lay the extra almost 5% in a deal managed including by crushing contracts. For example, in the reconstruction of one of the resorts first, it was envisaged alteration of the checkpoint at the entrance, and then these same works were included in a large contract to renovate the entire resort.

The consequence considers that thus the defendants stole a total of more than 140 million rubles.

Unlike placed under house arrest of Mr. Marusov, his alleged accomplices, the Basmanny district court of Moscow detained Igor Dontsov in September of last year, and Vyacheslav Kolesnik in August 2018. Protection both argued that there were no grounds for their detention and arrest was not because “there is no evidence of their involvement in committing the alleged acts”. The lawyer of mister Kolesnik has insisted in court that the work his client “was legitimate and was carried out in the sphere of entrepreneurship”.

In addition, in the last appeal the defender, trying to convince the court of the need to change the measure of restraint, claimed Vyacheslav Kolesnik not only “regularly and regularly was in the investigation for more than three years, but also gave a detailed truthful testimony”. However, all petitions of protection on changing the measure of restraint to a more lenient appellate court dismissed.

Now all three figures get acquainted with the materials of the criminal case, after which it will be submitted for approval to the Prosecutor General. The defence of the accused, confirmed “Kommersant” the fact of the completion of the investigation, declined to comment.