Lake in Tanzania capsized ferry. More than a hundred dead

The victims of the crash of the ferry on lake Victoria in Tanzania were at least 136 people, according to local police. Authorities fear that the death toll could exceed 200. 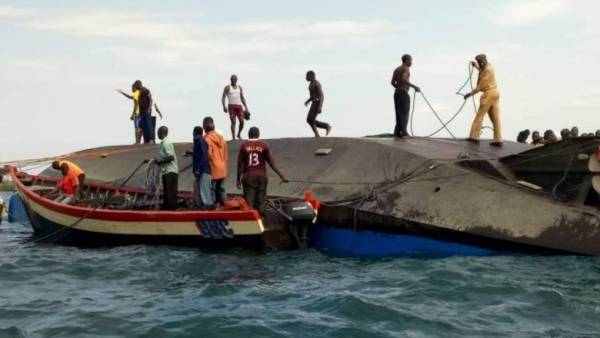 The ferry capsized near the shore between the Islands of Reproach and Bagalore. According to the preliminary version, the ship was overloaded and lost balance at the moment when the passengers gathered along one side.

Local media reported that the ferry was designed to carry 100 passengers, but the authorities have confirmed that at the time of the crash on Board were more than 400 people.

Of the rescued 40 people are in critical condition. The exact number of dead and injured is not yet known.

“We pray that the number of victims was too high,” — said the representative of the local police Adam Malima.

In Tanzania and has been such a tragedy. In 2012, more than 140 people were killed in the crash of a ferry near the island of Zanzibar in the Indian ocean.

A year earlier, about 200 people were killed in a similar incident near Zanzibar.

The biggest tragedy in modern history of the country was the tragedy of 1996 when more than 800 people were killed in the crash of a ferry on lake Victoria.