Moscow. September 21. INTERFAX.RU — the Kremlin has called the new sanctions of the USA against Russia is a manifestation of unfair competition, a factor hindering the normalization of bilateral relations. 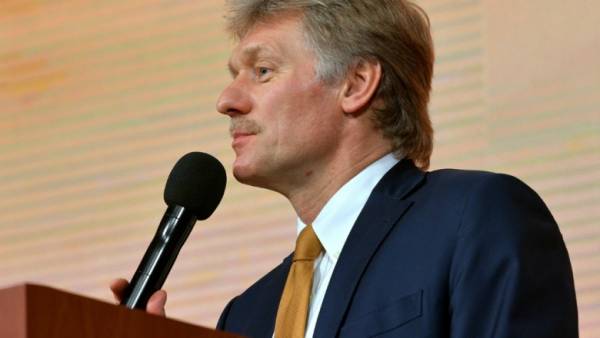 “It’s not new sanctions, they were pre-announced, so it was time to analyze the threats and to minimize risks that undoubtedly emerge in connection with these actions of Washington”, — said the press Secretary of the President Dmitry Peskov.

He called the sanctions a “hostile, shall we say, unfriendly, unpredictable, and, of course, continues to inflict harm and which is in a sorry state of bilateral relations”.

“These sanctions can be seen by two factors: the first is dishonest, unfair competition, attempt using non-market methods that run counter to norms and principles of international trade, to displace from the markets, the main competitor of American manufacturers,” — said the press Secretary of the Russian leader.

According to him, “the products of the Russian defense industry is not only competitive, but often highly competitive”.

The second factor is the ongoing sanctions hysteria in Washington, which is highly versatile in its incarnations, unfortunately. She continues to dominate our American colleagues and does not allow to soberly assess the prospects of bilateral relations.Dmitry Pescovitz Secretary of the President of Russia News

, Putin said that he knows Prigogine, accused in the United States in the case of wyborowa trump

The US President Donald trump on Thursday notified Congress about the signing of the decree, which gives additional opportunities for the implementation of the acting against Russia restrictive measures. Trump noted that he had authorized the U.S. Secretary of the Treasury Stephen Mnuchin in coordination with the Secretary of state, Mike Pompeo to take measures aimed at the enforcement of the sanctions regime under the current legislation.