“Brakcet” will leave the British without cheese, wine and football players

Saxo Bank in an ironic form described the consequences of the withdrawal of Britain from the EU. 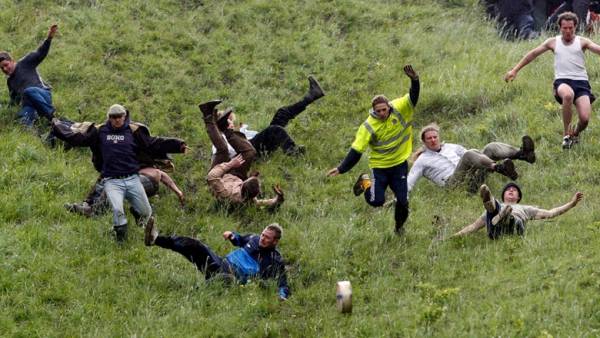 Analysts of the Danish Saxo Bank investigated possible implications for the UK “hard” “Breccia” — that is, out of the EU without prior conclusion of bilateral trade, customs and other treaties. Experts suggest that the British will lose more than you gain.

The study’s author, senior analyst at Saxo Bank Claire McCarthy believes that “the British government is being torn apart because of his apparent inability to combine exit conditions from the EU to meet and Brussels, and supporters “Breccia””. “This means that the prospects hard “Breccia” growing every day,” she said. That’s why Bank analysts believe that such a scenario would lead to huge problems that would not be confined to politics and macroeconomics. The effects of austerity “Breccia” will be felt by all the British and almost every place — from the supermarket to the football field — because leaving the EU without pre-trade, customs and other arrangements will lead to increased excise taxes and prices for consumer goods and even medical care.

According to Saxo Bank, would only affect fans of cheese. Britain will have to return to the WTO rules, and it involves a large excise duties for a wide range of food products. Since the UK imports over 60% of the cheese, in the case of rigid “Breccia” excise can reach 74%, according to Saxo Bank.

In this regard, analysts suggest the British now want to try replacing the mozzarella in the pizza processed paste-like mass and to know what she will be after this taste.

British lovers of French and Italian cuisine will have a hard time. After all, retail wine prices could rise by 22% due to the combination of higher excise taxes and transport costs, and weakening of the pound sterling.

Higher prices will reduce consumption, and the choice of wines will be much less. “Anyone like a glass of cider?” wonder analysts of the Bank.

The British car industry, which is still in 1960-70-ies were served almost half of the world, now, as you know, is not the same. UK exports to the EU, around 56% done in the country of cars, with 82% of cars on UK roads is imported from the continent. WTO, the customs duty on cars is 10%, therefore, according to the experts of the Danish Bank in Britain imported cars will be more expensive for the buyer by at least 10%.

“So all ride bikes!” — Saxo Bank encourages residents of the UK.News

Sitting on the bike and taking the money for a couple of bottles of cider, the British will go in the output to the nearest stadium to at least there to dispel his melancholy. However, the stadium longing can only increase — indeed, in the case of hard “Breccia” EU rules allow football clubs to recruit young players from anywhere from Europe, now will not apply to the UK. According to analysts Saxo Bank, rising stars such as Iker Pozo from Manchester City, Jose Garrido from Fulham and Dimitri C from Aston Villa, can be the last wave of young talented players from the continent.

A tourist trip to the continent can also lead to unexpected consequences for the inhabitants of the island. Leaving the EU means also the output from the single transport market. Without separate, prior written agreement most flights in the UK, and it will stay on the ground. Under the current regime, in addition to what drives the flights between the UK and the EU also apply to bilateral air transport agreements with third countries. “No permission, no flights. So go now to Liverpool,” the sneer in Saxo Bank.