Money the Railways have paid for bogus insurance

Arrested accused in the embezzlement of 1.2 billion rubles. 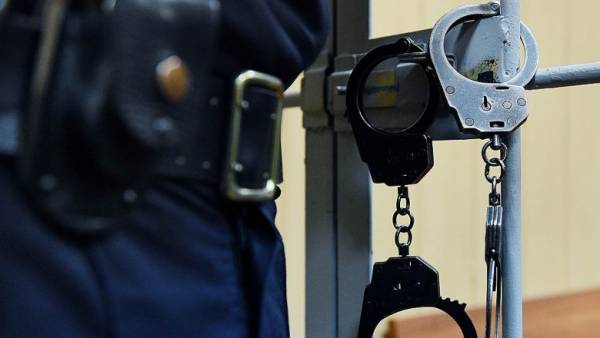 Yesterday the Tver regional court of Moscow has arrested the General Director of OOO “Transport company “Asia TRANS”” Evgenia Matveeva, accused the investigation Department of the MIA in the theft of 1.26 billion rubles from OAO RZD. Protection of mister Matveeva argues that victims it has not been claims.

Evgeniy Matveev sent to jail at the second attempt. The first time a petition was filed in the Tver court in early August, after the investigation Department of the Ministry of internal Affairs has charged Evgeniy Matveev charges under part 4 of article 159 of the criminal code (fraud in especially large size). But then the court ruled against the defendant Matveeva house arrest. The same measure of restraint was elected to another defendant in the case — former CEO of “Spotlight — Logistics company” Alexei Kirillov. Into custody, but in absentia, was taken only the alleged organizer of the Scam — Sergey Velchenko reported to be wanted on another charge, of embezzlement 142 million rubles from OOO “Nonmetallic company “Berdyaush””.

While investigating a case of embezzlement in “Berceuse”, which in addition to Mr. Velchenko passed his former leaders Dmytro Suprun, Catherine Krasnikhina, Vladimir GATS and its Deputy on economy Elena Dorosevich, the investigators of the interior Ministry and took to stealing from the Railways 1.2 billion rubles. it is Worth noting that for this case until convicted only Mr. Gatz, who pleaded guilty and received three years imprisonment in a special manner.