MOSCOW, 18 Sep — RIA Novosti. India plans to purchase from Russia four frigates of project 11356 for the sum more than two billions of dollars, this publication reports The Economic Times citing its sources. 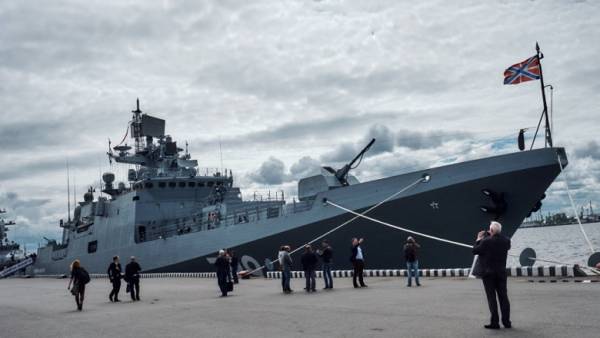 As expected, the contract for the supply of military ships will be signed in October at the forthcoming meeting between Russian President Vladimir Putin and Indian Prime Minister Narendra modi.

According to the publication, at the moment agree the last details of the deal, while the Indian side due to the anti-Russian sanctions from the United States is considering the option of paying for the ships of the national currency.

Under the agreement, the Indian side will receive technology frigates of this type, the two ships will be built entirely in India, and the other two will be built by the Russian shipyard “Yantar”, the newspaper said.