Left stranded in Central Asia trying to save the Aral sea

Once the fishermen for six months left in the flight. Now here is the desert. 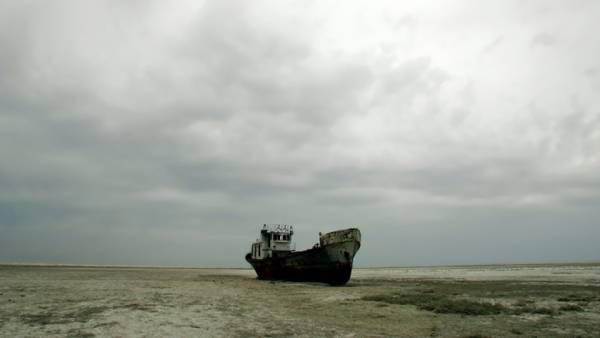 Rusty boats and ships of the Soviet era tens of kilometres from the nearest body of water. It is not the installation of modern artists, it’s a reminder that once on the border of Kazakhstan and Uzbekistan held the coastline is one of the largest lakes in the world — the Aral sea. Now there is a zone of constant ecological disaster. In late August, the presidents of the five republics met in Turkmenistan to solve the problem. On how to restore the natural balance in the material portal iz.ru.

“The ships were stuck in the mud”

The Aral sea disaster happened in the second half of the previous century. Before the reservoir was considered the fourth largest lake in the world. Residents of nearby settlements wistfully recall the past. “In 1964 the water came to the edge of our village. At the time we went around the pond. Reached the Amu Darya river in Karakalpakstan, was there fishing. Pulling a Seine, pulled out at 10, 20, 30, sometimes 100 tons of fish. Carp, flounder, catfish… Catch directly at sea passed the receiving-transport vessels. Home we didn’t come for six months, the earth is not seen, sushi is not seen,” Rybak said from the Kazakh village of Bogen Turarbek Iztleuov. He adds that the trade was stopped only in the autumn, when the water surface is covered with ice. In winter, the fish went in a sleigh pulled by camels or horses.

On the coast was a thriving port city of Aralsk and Muynak. They have streamlined the navigation. A purse-Seine vessels had a capacity of 20-40 people. The team were fishermen, cooks, sailors, and engineers. When the sea began to dry, the boats could not return to shallow ports. At first they were stuck in mud that then turned into sand. So in the desert, there was the famous cemetery of ships.

Dry up the sea beginning in the 1970s. “In our village, the water went away gradually. Reached the average level, then started to go down faster,” explains Turarbek. With the retreat of the high water changed the climate. Previously around the Aral sea, the local inhabitants were engaged in horticulture, agriculture — cultivated melons, watermelons, barley, wheat. The Aral sea in winter, served with oven — gave the accumulated heat, and in summer, conversely, cooled, working like a refrigerator. Without it, the summer was hot and dry, cold winters. About the old way of life has remained only memories.