Andrey Tarasenko was not helped by the support of Vladimir Putin

Sensationally completed the second round of elections of the Governor of Primorye. Despite the support of President Putin, the candidate from “United Russia”, the acting head of the region Andrei Tarasenko is inferior to the promoted worker from the Communist party, the Deputy of regional legislative Assembly Andrey Ishchenko. According to preliminary data of krajizbirkoma, a Communist at the end of counting 80% of the ballots wins 8% of the vote. Mr Ischenko has said that the regional administration is waiting for “major personnel changes”. 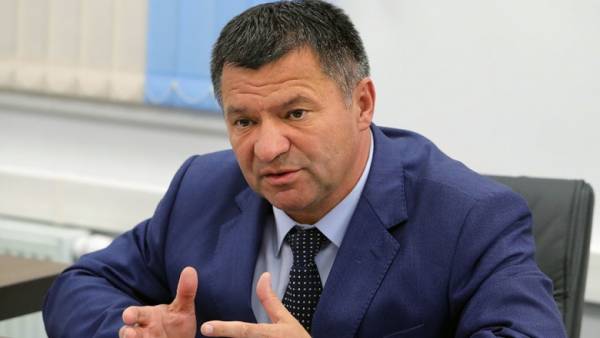 The need for a second round of elections of the Governor of Primorye appeared after the first, held on September 9, none of the five candidates failed to gain 50% of votes. Andrei Tarasenko got 46,56% of the vote and was forced to fight for the victory of the candidate from the Communist party Andrei Ishchenko, who scored of 24.63%. Experts called the outcome of the second round of elections in Primorye predefined, and Andrei Tarasenko — the candidate who has highest chances of winning compared to other heads of regions, has not won in the first round (23 September second round will be held in Khakassia, Orel region and Khabarovsk region).

Andrey Tarasenko was supported by the President, who in the course held in Vladivostok, Eastern economic forum met assigned to them in October last year, the acting head of Primorye. “I know that you have a second round going. I think that everything will be fine”, — said Vladimir Putin.

The Communists complained that krayizbirkom, assigning a second vote just a week away, did not give their candidate on a full-time campaign.

In this case two of the losing candidates — Andrew Andreychenko of liberal democratic party (received September 9 of 9.27% of the votes) and Alexei Kozitskiy of the “Fair Russia” (4,83%) is directly called on his supporters to vote for Mr Tarasenko. Another candidate Yulia Tolmacheva from the Russian party of pensioners for social justice (10,80%), not calling names, acting Governor, expressed support for the President.

However, preliminary results of the vote was a disaster for the candidate from “United Russia”.

According to preliminary data of krajizbirkoma, Andrey Ishchenko gets 52,68%, and his opponent — 44,74%. “For the residents of Primorye is very important to the Governor was his own man and not Varyag”, — said “Kommersant” the results of the second round Andrey Ishchenko, who spent his whole life in the region. We will remind, Andrey Tarasenko, born in Vladivostok, then served outside Primorye.

Earlier first Secretary of the regional Committee of the Communist party, the Deputy of regional Parliament Anatoly dolgacev said “Kommersant” that the success of Andrei Ishchenko in the first round largely due to the position of acting head of the region Tarasenko on the issue of pension reform. “He sincerely stated publicly that he supports the government’s plans to raise the retirement age. The vast majority of voters against it,” — said the Communist.

Andrei Tarasenko had no immediate comment on the preliminary results of the second round. “Any statements until”, — have informed in its press-service.