Israeli police detained an American law Professor Frank Romano. Presumably, Romano tried to prevent the demolition of the village of Khan al-Ahmar on the West Bank of the Jordan river. On 15 September reported by the AP with reference to the lawyer of Professor. 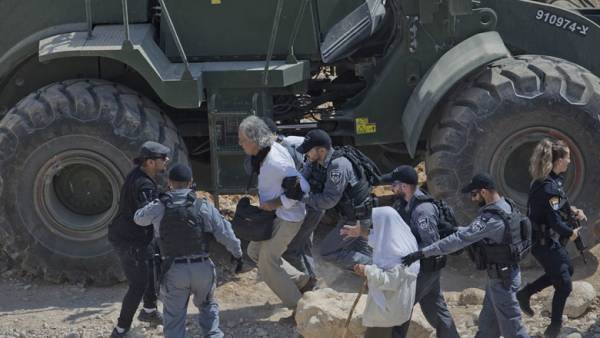 Romano is in Jerusalem and is scheduled to appear before a military court on 17 September.

The American was detained along with two Palestinian activists. Romano is accused of trying to hinder the work of the police and military. Eyewitnesses say that the Professor has gotten in the way of a bulldozer and refused to move.

One of the members of the NGO “Combatants for peace” said that he had seen Romano, and the Professor told him that a hunger strike and will not stop until the Israeli authorities will not refuse the demolition of the Khan al-Ahmar. The lawyer of the detainee could not confirm this information.

The village of Khan al-Ahmar exists since 1931. According to 2018, there are about 200 Bedouin. Israeli authorities believe that the settlement built illegally and has offered to resettle its inhabitants. This caused a wave of protests and condemnation from the UN and the EU. They believe that the demolition of the village will harm the peace process between Israel and Palestine.