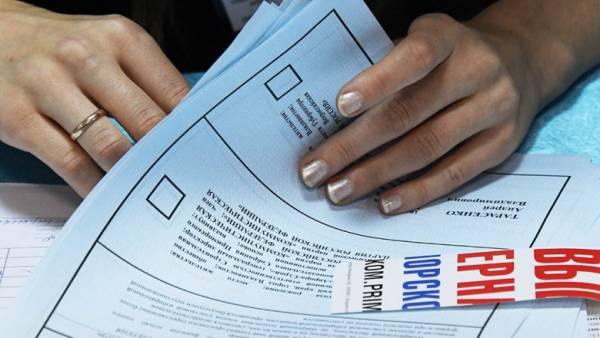 Recall exit poll — a poll by the sociological service at the exit from the polling stations.

As noted by the regional electoral Commission, the turnout in the second round of elections of the Governor of Primorsky Krai exceeded the turnout during the first round. At 15 hours local time on 16 September in Primorye voted 23,23% of voters. A week ago, 9 September, at the same time, the turnout was 21,37%.