Scientists have caught a strange signal 72 from the galaxy, 3 billion light years

Researchers from the University of California at Berkeley caught 72 strange signal in the decoding, the 400 terabytes of radio information received from the dwarf galaxy. It is located at a distance of 3 billion light years from Earth. 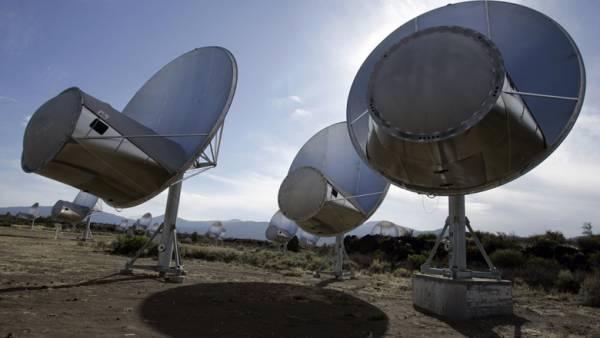 Research is conducted in the framework of SETI — the international project on search of extraterrestrial civilizations.

The project was established in 1959 and is based on the assumption that any technologically advanced civilization can signal at a particular frequency. Surveys are mainly financed by American companies and partly by NASA.

The source of the signal, denoted by scientists as FRB 121102 is unique, because only he regularly delivers fast radio bursts of this kind.

The detected signals are fast, but good enough radio. Something similar has already been observed by scientists in 2007, but only now they have attracted the attention of researchers.

Astrobiologists presented a description of the appearance of aliens

“The nature of the object producing them is unknown,” — said in SETI. There are several theories of the origin of the signals, one of them even suggests that the signals sent by some intelligent extraterrestrial substance.

Last year scientists from Harvard University suggested that the pulses can be a leakage of energy from extraterrestrial civilizations built powerful transmitters, which aim at interstellar space missions.