Turkey has supplied weapons to enemies of Russia and Syria

Turkey has stepped up arms supplies to Syrian rebels in Idlib province, to help them fight off the impending attack of the Syrian army supported by Russia and Iran. About it writes Reuters with reference to sources in the armed opposition. 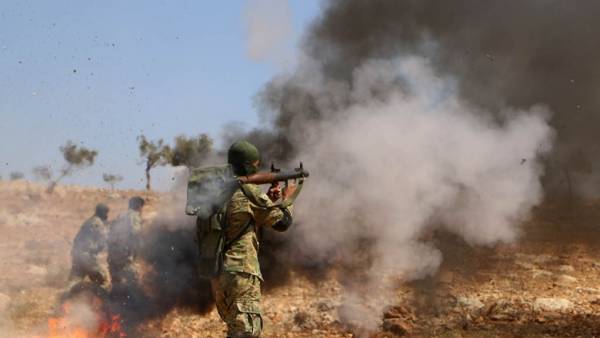 According to them, Ankara sent military aid, because at the tripartite summit Russia — Iran — Turkey has not reached an agreement on the prevention of the onset of the Syrian army. “They promised full military support from Turkey for a long, protracted battle,” — said a senior member of the “free Syrian army” (FSA), one of the largest associations of armed groups.

As noted, the delivered to the rebels weapons — ammunition and missiles for Soviet self-propelled rocket system of volley fire “Grad”.

The sources said that this will help to ensure that stocks do not run out during the fighting.

The summit Russia — Iran — Turkey for the settlement of the situation in Syria took place on 7 September. It’s Turkish President Recep Tayyip Erdogan in particular, have said that militants in the Syrian province of Idlib, it is possible to move to other areas. He also proposed to declare a truce and stop the attack in the province for the civilian population.

Armed conflict in Syria began in 2011. It involves government forces, acting on the side of President Bashar al-Assad, moderate opposition and various Islamist groups. In recent months there are increasing reports about the truce and the surrender of weapons by militants. The only region of the country, which is still not controlled by the government, remains the province of Idlib, a number of other also remain small enclaves of terrorists.