Pavlensky was released from custody in France

PARIS, September 13 — RIA Novosti, Victoria Ivanova. A Russian artist-actionist Peter Pavlensky, who is accused in France in the burning of the Bank building, released from custody, the next hearing was scheduled for January, reported RIA Novosti the representative of the movement Femen Inna Shevchenko. 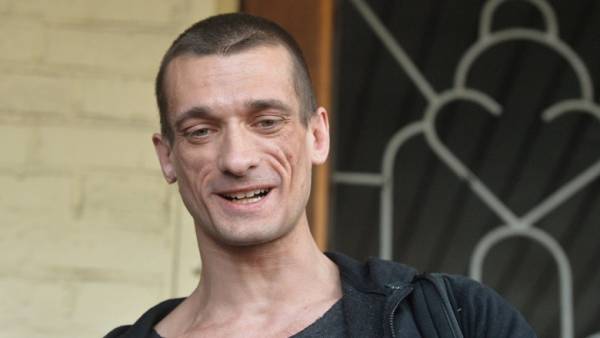 “As far as I know, it released today. The next court hearing is scheduled for January 10,” — said the Agency interlocutor.

In late October, media reported that Pavlensky burned the building entrance of the Banque de France on Bastille square in Paris. Police have confirmed the arrest of two people, but their names were not called in the interests of the investigation. According to the French criminal code, arson to cause damage to property or endangering the lives of people can be punished by up to ten years in prison and a fine up to 150 thousand euros.