Putin: trump showed courage in a situation with the DPRK

The President of Russia Vladimir Putin at the plenary session of the Eastern economic forum, said that the President of the United States, Donald trump has shown an innovative approach to the normalization of relations with the DPRK. 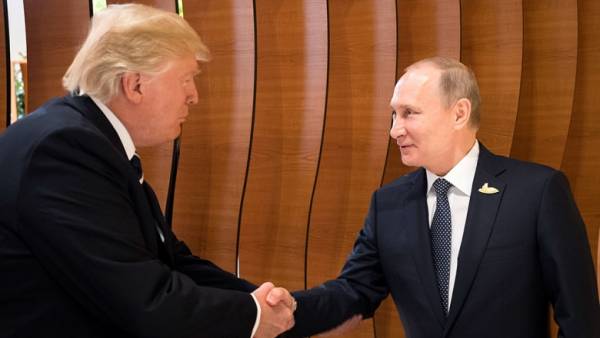 “That said the Prime Minister of Japan Mr. Shinzo Abe (he was also present at the meeting of the WEF.— “B”), do, President of trump was shown, he said, innovative approach to engagement with North Korea. I agree, it is a manifestation of a certain courage and innovative approach,” said Mr Putin.

The first ever summit of U.S. and DPRK was held in June in Singapore. According to its results, Donald trump announced that he had signed a “detailed” document with North Korea, and added that the process of denuclearization of the Korean Peninsula will begin “very quickly”. DPRK leader Kim Jong-UN has described the signing of the outcome document “new beginning” in relations between the two countries. In September, he sent Mr. Trump a letter with a proposal to hold another meeting.