Russia will be punished in upcoming elections in the United States 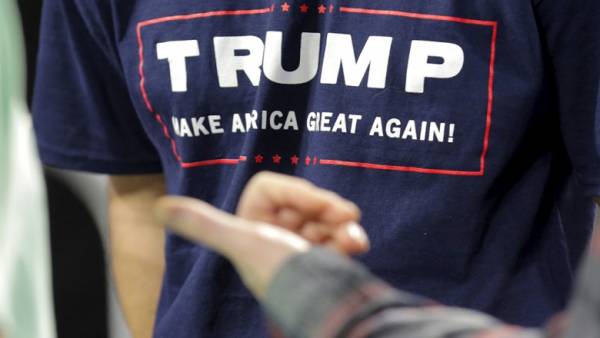 The President of the United States Donald trump today may be signed by an Executive decision involving the imposition of sanctions against foreign individuals and companies involved in attempts to interfere in the upcoming November 6 election to Congress. Earlier, representatives of the U.S. intelligence has repeatedly said that Moscow is preparing a campaign to interference in the electoral processes. The government called these claims unfounded. With details — the correspondent of “Kommersant” in Washington Kirill Belianinov.

That the order of the head of the White house on new sanctions could be signed today, first reported by Reuters. According to unnamed sources, the Agency, the document will include the introduction of tough action against foreign individuals and companies that are suspected of interference in U.S. elections. “The administration is seeking to establish a new norm in cyberspace. This is the first step in establishing such boundaries and the public announcement of our response for bad behavior,” — said the Agency interlocutor. Control over execution of the orders of the President will be delegated to the Director of the National intelligence service, and tracking attempts to interfere will be engaged in several Federal agencies, including the CIA, the national security Agency and the Department of homeland security.

As the source explained to Reuters, under the “intervention” will be interpreted as attempted attacks on the “electoral infrastructure”, including the voting machines and ballot processing, the organization of a propaganda campaign to change public opinion or “systematic leak of private political information.”

In all these cases, employees of the Federal Agency that has detected the attempt of intervention will be required to inform the office of the Director of National intelligence service.

Later, information by Reuters, citing its own sources, confirmed by other us media. Excerpted from “draft” presidential orders another summer was published by The Washington Post and The Wall Street Journal. In this case, none of the messages with reference to the forthcoming document does not mention Russia and does not specify what can be new sanctions.

Meanwhile, in his public speeches in recent months, the heads of U.S. intelligence has repeatedly stated that, according to them, Moscow is preparing a campaign for intervention in the upcoming November U.S. Congressional elections. At the same time, American experts have reported attempts to carry out similar cyber operations from China, and disinformation campaigns on the social network Facebook, organized by Tehran and carried out “Russian style”.