Tore the veil: the secrets of the centuries which successfully revealed

MOSCOW, 8 sen — news, Tatyana Pichugina. Many great mysteries that have preoccupied the world in the last century, has been forgotten. Some were fabricated, others cracked, others — for example, the Bermuda triangle has ceased to be a source of sensations, since there was a modern navigation tools. 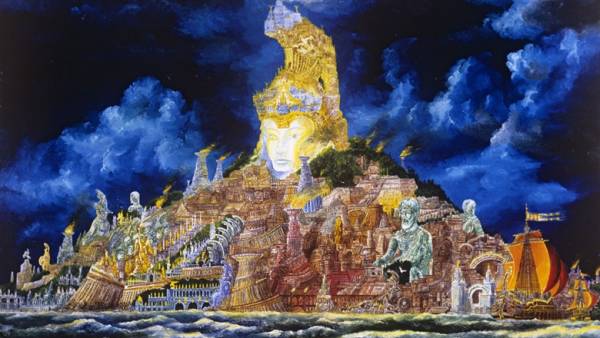 About the mysteries of the century, no longer relevant — in the material RIA Novosti.

Mythical island-state Atlantis, inhabited by the warlike descendants of Poseidon, was first mentioned in the “Dialogues” of Plato. According to legend, the island was located behind Gerlovina pillars and fell into the water as a result of the earthquake. All that was left was a pile of silt that impede navigation.

Researchers two and a half millennia trying to find Atlantis. Looking for her in the Atlantic ocean, the Black sea and even in Brazil. In 1872 French archeologist Viguier suggested that the legendary island of Santorini in the Aegean sea. Nicholas Koronovskii, Professor of geological faculty of Moscow state University in the book “the Earth. Meteorites, volcanoes, earthquakes” reinforces this version of the facts.

From the point of view of Geology Santorini together with neighbouring Islands it forms a semi — circular Caldera failed in the blast cone of the stratovolcano. According to estimates by Koronovskii, the height of the volcano has reached kilometers. The mountain was formed at the collision point of tectonic plates, which is the most earthquake-prone regions of the world.

Judging by the alternation of igneous rocks, the volcano in the past era has erupted more than once. About fifteen hundred years before our era it has increased. A series of tremors, lava flows, gas emissions has forced the population to leave the island.

Located at a depth of magmatic focus on faults were sea water, magma boiled and literally knocked the top of the volcano. A strong earthquake created a tsunami that swept over the face of the earth developed civilization of Crete, located a few hundred kilometers. On top of Santorin was covered with heavy layers of ash. Traces of this great disaster, scientists find around the coast of the Mediterranean sea.

Curse of the Pharaoh

The pyramids of Giza, built 4.5 years ago, amaze researchers size, amazing correct proportions, precise orientation to the cardinal points. The great pyramid of Cheops indicates North-South with an accuracy of three arc minutes.

The stages of preparation and construction of the pyramids described in detail in papyrus and engraved on the walls, that does not prevent people to come up with a lot of other versions — from the civilization of prabhav, which has built all the grandiose buildings of antiquity on the Earth, to the priests, who had secret knowledge that exceeds the current level.

Astroarchaeology believe that the builders of the pyramids used celestial landmarks — the stars and the Sun. In Ancient Egypt knew a simple calendar, solar clock, gnomon (the poles, the length of the shadow which determines the angular position of the Sun), the foundations of geometry. Could draw a circle on a rope attached to the pole, to determine the horizontal flow of water. The ancient Egyptians knew the days of the solar equinox, when the light rises exactly in the East, sets in the West, at noon points exactly to the South.

Bookmark pyramid included the ceremony of pulling a cord. Not quite a detailed description of this rite is associated with the fact that it contained secret knowledge available only to architects privileged the priests and the Pharaoh and accurately aligning and positioning the base of the pyramid.

As for curse of the Pharaoh, it does not exist. It is an invention of the journalists who so wanted to take revenge on Lord Carnarvon, the discoverer of Tutankhamen’s tomb in the valley of the kings. Carnarvon sold the exclusive right to cover the news about his expedition in the times, which aroused the anger of other media.

The reason for the rumors about the curse was the death of Lord six months after the opening of the tomb. He cut off with a razor inflamed mosquito bite and died of sepsis in Cairo.