In the environmental disaster saw an unexpected benefit for Russia

As a result of global warming Russia can benefit economically by creating their own “Suez canal” of the Northern sea route. About it reports The Washington Post. 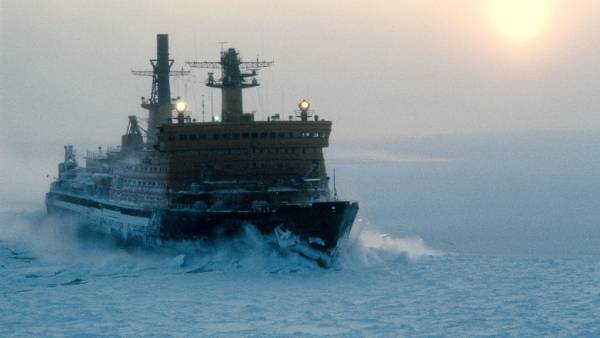 Russia, China and commercial companies with interests in the field of cargo transportation have high hopes that the Northern sea route in the melt season can be an alternative to the Egyptian Suez canal, the publication says. The ships will be able to go less than the Arctic the Arctic, which will reduce transit time and fuel costs.

According to the newspaper, most of the route is along the economic zone of Russia, and passing through these waters, the vessel must obtain permission from the administration of the Northern sea route. In addition, Moscow gets the money for the NAV and the provision of assistance of icebreakers.

Thus, it will control the strategic trade routes and make a profit for the navigation and operation of icebreakers. The Northern sea route may soon become a niche market, says Professor of geography, University of California, Lawrence Smith, simulate scenarios of Maritime navigation in the Arctic.

According to estimates Searoutes of the site, running from South Korea to Germany to ship via the South African Cape of Good Hope will take 46 days, through the Suez canal is 34 days, and on the Northern sea route in just 23 days. Now the transit on this route is possible from July to October.

The Northern sea route — the shortest sea route between the European part of Russia and the Far East, passes through the Arctic ocean and partly in the Pacific ocean. Its length is more than 14.5 thousand kilometers.