Reuters: the proposed trump duties on goods from China will affect the part of Apple products 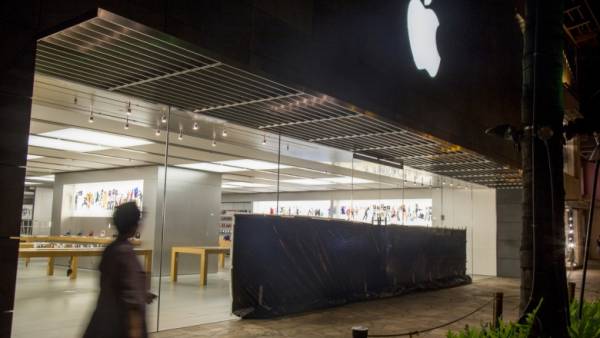 The American company Apple said that the duty in respect of goods imported from China, which intends to introduce the President of the United States Donald trump, will affect the number of devices of this American company. This was reported on Friday by Reuters.

According to him, Apple sent a letter to the US authorities in which he said that the duties will hit the company’s products, including factory-assembled in China smart watch Apple Watch and wireless headphones AirPods. While the iPhone the letter does not specify, the Agency said.

“Our concern is that these duties would hit the U.S. economy, and that this will lead to slower growth in the US, competition and higher prices for American consumers”, — quotes Agency the extract from the letter.

On Friday, trump said about the readiness to impose duties in respect of imported Chinese goods by $267 billion. Earlier, the head of the National economic Council the White house Lawrence Kudlow announced that the United States still has not accepted the decision on introduction of additional duties on Chinese goods worth $200 billion, the Official representative of the Ministry of Commerce of China Gao Feng on 6 September said that in the case of the introduction of the new U.S. administration duties China will be forced to retaliate.

June 15 this year, trump announced the introduction of fees in the amount of 25% on imported Chinese goods worth $50 billion, the PRC Authorities immediately responded with tariffs applied to imported American goods at the same cost. After that, the U.S. representative for trade negotiations Robert Leitheiser announced the preparation of a supplementary list of Chinese goods in the amount of $200 billion for the imposition of tariffs at 10%. He explained this step the fact that China does not want to change unfair trade practices.