The DNR gave all the power to the Board

Denis Pushilin became acting head of the Republic and could win the election on November 11. 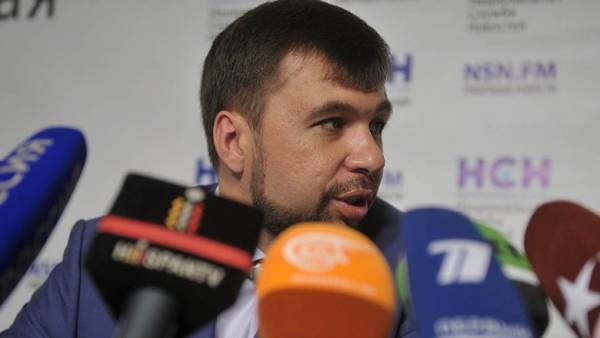 The self-proclaimed Donetsk people’s Republic (DPR) has replaced the acting head. After the Prosecutor General’s office declared illegal the appointment of former interim leader — Dmitry Trapeznikov, the people’s Council of the DND has appointed the new speaker of the Parliament and representative of the Republic in Minsk contact group Denis Pushilin. In addition, the people’s Council decided the issue of early elections. And the DNI, and the neighboring self-proclaimed Luhansk people’s Republic (LPR), they will be held on 11 November. Former commander of the armed forces DND Igor Strelkov said “Kommersant”: the result of the vote is a foregone conclusion, and Denis Pushilin, the DNI will lead on a permanent basis.

Instead of appointing a new temporary head of the Republic on Friday in the National Council (Parliament) DND planned only vote on the advisability of holding early elections. Recall the question about them came after the head of the Republic Alexander Zakharchenko was killed on 31 August in an explosion in the restaurant. However, just an hour before the meeting it became clear that the agenda is much wider.