Moscow. September 7. INTERFAX.RU — the Syrian province of Idlib should not be “at the mercy” of Syrian President Bashar al-Assad, said Friday the President of Turkey Recep Tayyip Erdogan. 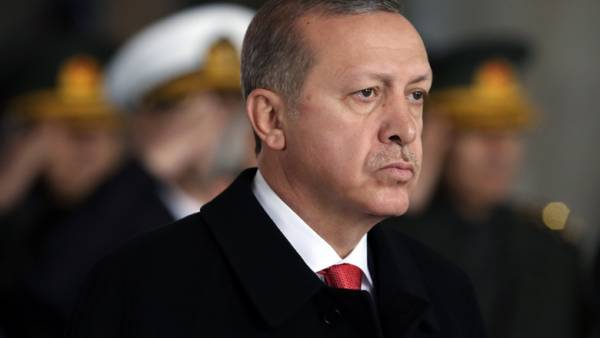 “We should not give the region the Assad regime”, — he said at the summit in “Astana format” in Tehran. The Turkish leader noted that “any attack (Idlib) will lead to disaster, murder, and great tragedy”.

According to Erdogan, Idlib is considered an important factor not only for the future of Syria, but also to ensure the security of Turkey, as well as in the region and the world.

“We don’t want the Idlib turned into a bloody lake, and as your friends want you to also support these efforts,” Erdogan said at the beginning of the trilateral meeting on Syria with the participation of leaders of Russia, Iran. According to the Turkish leader, Idlib can be controlled with the help of the moderate opposition.

“We will make every effort to eliminate all hazards and all threats to the military base in Hamima and Aleppo. In this regard, I think we can remove the elements that bother our Russian friends and are a threat Mamimo and Aleppo, in a far away place,” said Erdogan.

“In this regard, I want to say that this region can be monitored with the help of the moderate opposition”, — he said.

On Friday at the Tehran summit of the Russia-Iran-Turkey.

Before the meeting with the participation of all three parties was the meeting of Erdogan with President of Russia Vladimir Putin.