The Ministry of incomes and fees of the self-proclaimed Donetsk national Republic (DND) on the personal order of the head of Department Alexander Timofeev was awarded the property of one of the largest agricultural enterprises of the Republic of “spike D”. About Donetsk news Agency said the Director of the company Vadim Savenko. 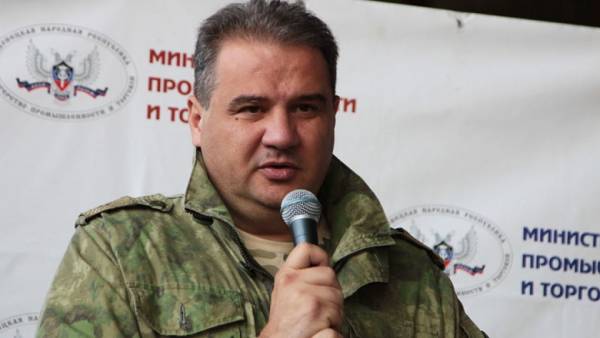 He noted that Timofeev used the confidence of senior leadership. “That’s why he was entrusted with such a serious matter as the tax and revenue management in the young Republic. He, in fact, have used high office for personal enrichment and strengthening of his own authority,” — said Savenko.

According to him, Timofeev seized property “Kolos D” in November 2017 for a total amount of 850 million rubles. “On the territory of the enterprise was a group of armed men, headed by Director of state enterprise “Zorya agro” Gennady Krajowym. Citing allegedly available to the Ministry of taxes and fees document on the recognition abandoned all property of the enterprise, they actually carried out the seizure”, — said the head of the enterprise.

After that Savenko have achieved a personal meeting with Timofeev, which declared the illegality of the action, “dawn agro”, but he ignored his words.

Law enforcement agencies of the Republic, recalls a top Manager, could not react Timofeeva, because they did not have sufficient legal basis. Savenko said that the majority of local entrepreneurs conducting business in the country because of direct threats from the Minister chose not to complain about the actions Timofeeva the leadership of the DNI, fearing the consequences for themselves and their families. Trying to defend their rights ended up in detention.