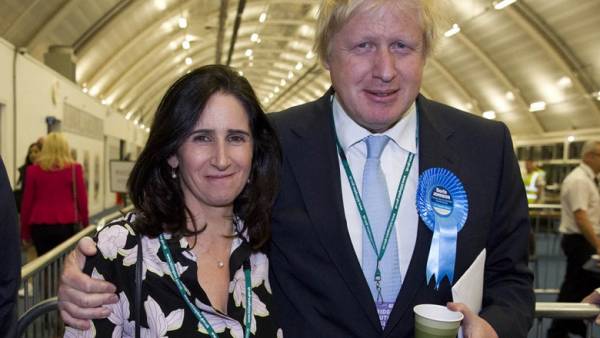 “A few months ago, after 25 years of marriage, we decided that our interests will be to leave. Subsequently, we decided to divorce and are now in the process of divorce. As friends we will continue to support our four children in the coming years. No additional comments we will not give,” — said in a statement on Friday a joint statement the pair at the disposal of RIA Novosti.

Have Johnson and Wheeler, his second wife, four children, two sons and two daughters. Also the MP is the illegitimate daughter.

Boris Johnson is kicked out by his wife of 25 years after she accuses him of yet ANOTHER fling https://t.co/6dNCY2f1u7 pic.twitter.com/LdmT2GoezF

According to British media reports, the initiator of the divorce was Wheeler, not wanting to endure another betrayal of her husband.