Moscow. September 7. INTERFAX.RU — people’s Council of the self-proclaimed Donetsk national Republic at the meeting on Friday prematurely removed from the authority of the head of DNR Alexander Zakharchenko in connection with his death. 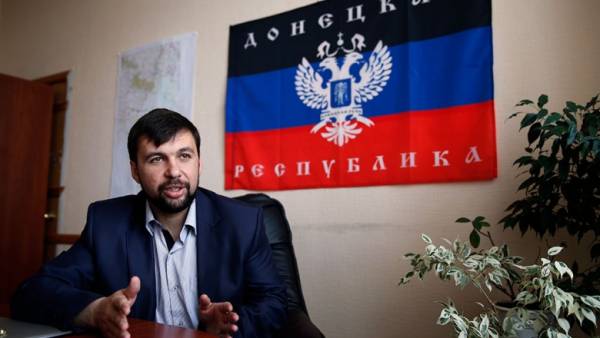 At the same time the people’s Council of the DND has appointed the acting head of the DNI Dennis Pushilin before the elections.

For a decision voted unanimously by 90 deputies present at the plenary session.

The correspondent of “Interfax” reports from the scene that the elections in the Republic scheduled for November 11. For this decision the deputies voted unanimously. In addition, the DPR Parliament voted for the appointment of the CEC of the Republic, composed of ten people.

The head of DNR Alexander Zakharchenko was killed in an explosion in Donetsk cafe “Separable” 31 Aug. The acting head of the DNR is appointed Dmitry Trapeznikov, who previously held the post of Deputy Prime Minister of the breakaway Republic.

Earlier on Friday, the Prosecutor General DND declared illegitimate Trapeznikova appointment to the post of acting head of the Republic and called the only legitimate authority of the people’s Council.