Traffic on the Crimean bridge exceeded the annual rate ferry

SIMFEROPOL, Sep 3 — RIA Novosti. Traffic on the Crimean bridge greatly exceeded the performance of the Kerch ferry crossing for all of last year. This was reported by the press service of PKU “uprdor “Taman” Federal road Agency, which operates the bridge. 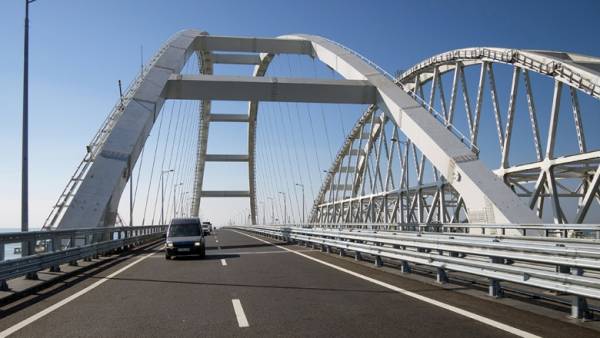 For 2017 on the ferries carried about 1.32 million passenger cars and buses, and the bridge from mid-may had traveled nearly 2,288 million motorists.

On average in August in day at the bridge passed almost 27.3 per thousand vehicles, and this figure rose by ten percent compared to the previous month.

The press service added that reduced the number of violations of traffic rules when driving over the bridge. It is noted that the peak in the first two weeks after the opening of the bridge. Mostly motorists exceed the speed limit.

A bridge to the Crimea from the Krasnodar region — the longest in Russia, its length is 19 kilometers.