MOSCOW, 3 sen — news. A fire that destroyed the national Museum in Rio de Janeiro, occurred due to “negligence for many years,” said the Minister of culture of Brazil, Sergio Sa Leitão (Sérgio Sá Leitão). 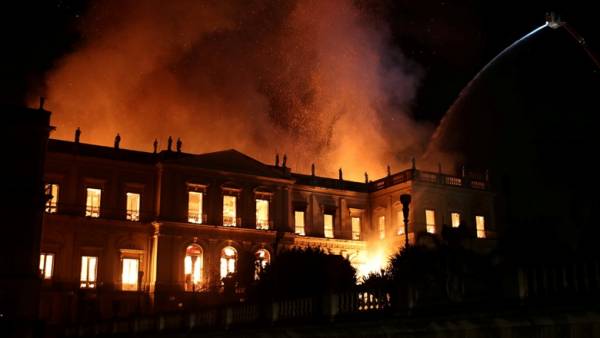 “Let this serve as an alarming signal that such tragedies are not repeated in other museums and other institutions” — leads the channel Telesur words of the Minister. According to him, to make the necessary improvements and to “avoid a tragedy”, “don’t have time”.

Earlier it was reported that the fire broke out in the Museum building on Sunday night and lasted more than three hours. As a result of incident nobody has suffered. The cause of the fire is not yet established. The President of Brazil Michel Temer said that as a result of the fire was “lost 200 years of experience, research and knowledge.”

As the channel reports, from 2016, when Temer held a post of the head of state was drastically reduced budget allocated to the Museum.

The Museum kept more than 20 million exhibits. It was founded in 1818 by the king of Portugal Joao VI. The Museum has represented one of the largest in North and South America collections of animals, minerals, fossils, mummies, and Indian dishes.