MOSCOW, 3 sen — news. The reason of depressurization of the spacecraft “Soyuz MS-09” was a manufacturing defect — drilled on the Earth hole in the inner housing, told RIA Novosti source in the rocket and space industry, familiar with the situation. 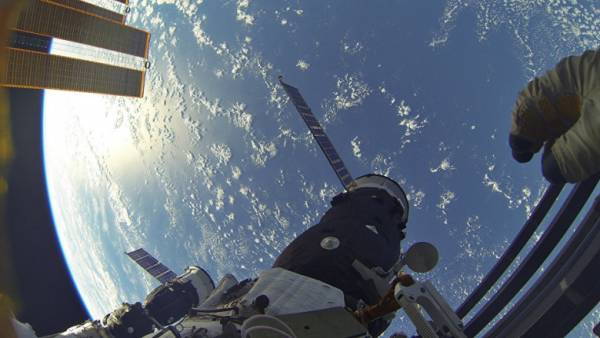 Air leaks on the ISS found in the night of Thursday, August 30. The crew checked all compartments and found, in the words of the head of the Roscosmos, Dmitry Rogozin, “hairline fracture” in the spacecraft “Soyuz MS-09”. It was located in the living compartment, not in the descent module, so do not threaten the return of the spacecraft to the Ground.

While earlier it was believed that the crack formed due to the penetration of the micrometeoroid. The Russian cosmonauts closed the hole with a special sealant.

“Without fanaticism and very carefully.” How to eliminate air leaks on the ISS

“The cause of the holes in the inner casing of household compartment of the spacecraft “Soyuz MS-09″ installed. It originated on Earth. Responsible for the negligence established,” — said the source RIA Novosti.

According to another source, the employee, probably, after I realized the mistake it made with special glue so she was not discovered during the inspection of the spacecraft for tightness before starting and not let yourself be known first two months of orbital flight.

“However, in the future, the glue has dried up and were squeezed out by opening the hole,” said the second source.

A review of RSC Energia, the manufacturer of this ship — RIA Novosti has not yet.

Previously, Roskosmos announced that a special Commission will investigate and ascertain the cause of the incident.

“Discusses all the options. The Commission, its conclusions and will publish. Do not exclude any one of the options. All stages of development and testing,” — said the press service of the Corporation.