The defense Ministry will restore more than 10 thousand military memorial sites throughout Russia. 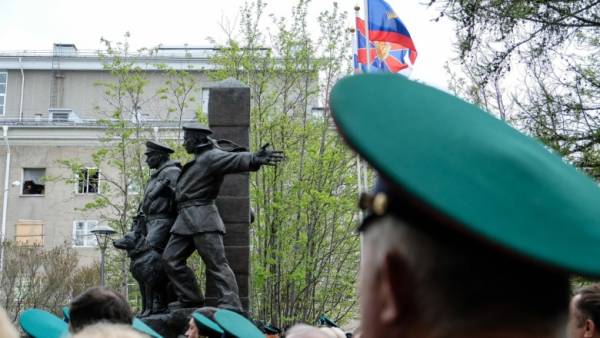 Six years to be renovated 10 thousand military memorial sites throughout Russia, plans of the defense Ministry. In 72 regions it is planned to create new cemeteries and memorials to soldiers and officers who died in the great Patriotic war.

According to calculations departments on the implementation of the Federal target program will require 4.2 billion.

Tidying up the graves, most of which were created in the postwar years, will be another indication that the soldiers who defended the Fatherland, will never be forgotten.

In defense of “Izvestia” said that next year the Agency began an extensive renovation of graves of soldiers killed in defending the Fatherland.

In addition, start the creation of new memorials. Basically it is a necropolis where are buried the soldiers killed during the great Patriotic war. In the years 2019-2024 will order more than 10 thousand military graves. In addition, it will create 14 new cemeteries for the burial of the remains of officers and soldiers found during the search process. For example, four new military cemetery will appear in the Crimea.

In addition, six years of a planned strike on memorial buildings 222 589 names of soldiers and officers.

To Finance of the Federal target program (FTP) “Creation and restoration of military memorial sites in 2019-2024 years” takes 4.2 billion rubles, calculated in the military. And a big part 3.9 billion from the Federal budget. The remaining waste can take on the regions and municipalities. The Finance Ministry declined to comment on details of funding for the program, citing that its developer is the Ministry of defence.