The Kuiper belt without Russia: politics, money and asteroids

Automatic the New Horizons probe sent to the asteroid Ultima Thule, however, Russia is not involved in the study of the far reaches of the Solar system. 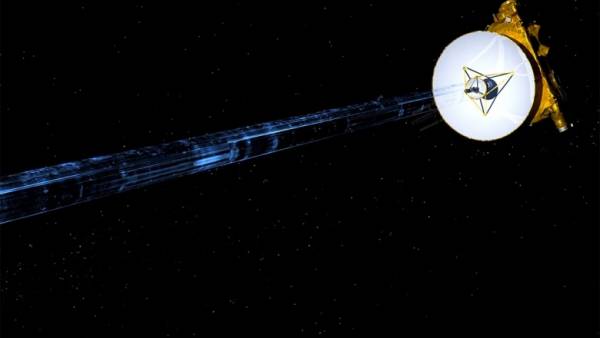 The apparatus of the New Horizons NASA on August 30 reached the Kuiper Belt is poorly studied region of the cluster of asteroids beyond the orbit of Neptune. The device has already fulfilled its main mission to study the dwarf planet Pluto and its satellites, but the new mission space probe is difficult to name just optional. What is its importance? And if she’s as important as Russia was behind this project?

Project flight of the New Horizons probe to Pluto at a cost of $700 million. Therefore, after successful photography “heart” on the surface of the dwarf planet, NASA decided to continue to use the device and sent it to the asteroid 2014 MU69 Ultima Thule (“vanishing point”) with a diameter of 30 km, the most remote object to which ever went the vehicles from Earth.

Technically the farthest from our planet “broke” Voyager 1: launched 41 years ago, he left the Solar system and is now at a distance of more than 21 billion kilometers from Earth.

But to explore space objects beyond Saturn in his purpose not included. And the next potential “meeting” can only be the nearest in his way, the star to which the apparatus of the Voyager fly 40 000 years.

In the case of New Horizons specifics much more: Ultima Thule is beyond the orbit of Neptune, about 43 astronomical units (about 6.5 billion km) from Earth, and refers to TRANS-Neptunian objects, forming the so-called Kuiper Belt. Scientists have already received the target image, New Horizons, which is a machine made from a distance of about 160 million km away. Photo showed that all goes according to plan, and it will help more precisely to target the probe. Passing at a closest distance from Ultima Thule is projected on 1 January 2019 — it will be a real new year’s gift to the working group, NASA.

The thirst for heavenly bodies

The Kuiper belt — an asteroid cluster formed as a kind of byproduct of the formation of the Solar system.

It is similar to the asteroid Belt between Mars and Jupiter, but more massive it 20 times and studied much weaker.

The objects in this comparatively small or weakly reflect light, making them difficult to study with telescopes. Perhaps New Horizons “in focus” will be able to learn more.

At the moment we know that the cluster of celestial bodies beyond the orbit of Neptune is an extremely cold region of the Solar system, which may include hundreds of thousands of celestial bodies with a diameter greater than 100 km. it is believed that the Kuiper Belt formed a short-period comet (period less than 200 years).

The study of asteroids and comets is one of the most notable in the world of science. Suffice it to recall the joint mission of the European space Agency and NASA to the comet Churyumov-Gerasimenko, which ended the Japanese mission Hayabusa and Hayabusa2 ongoing and planned by the Americans mission to an asteroid “Psyche”. The reason for the interest in asteroids — their ancient origins. Since most of them appeared at the dawn of the formation of the Solar system, they can “tell” about the peculiarities of the emergence of the hot Sun and exciting blue planet Earth. For example, is still being discussed the question of where on our planet so much water. Most likely it was brought from the outside, in the bombing of comets.

Another alluring object in the Kuiper belt — the Ninth planet, or planet X as it was called scientists, suggested its existence.

After Pluto was demoted to dwarf planet, scientists had not settled the question: why only eight planets? How is it that beyond the orbit of Neptune, all the objects are relatively small? And in 2016, on the basis of circumstantial evidence had suggested the existence of another planet in the Kuiper Belt.

From asteroids can be “get” not only knowledge. Flying in 2015 near Earth asteroid UW158 could contain about 90 million tons of platinum, and the total value of its mineral resources could be worth $5.4 trillion. These calculations are highly speculative, but there is no doubt that asteroids may contain as minerals and water, which can be processed into rocket fuel. When flying in deep space can be used as a gas station and a source of materials for repair.

Companies and even some countries, such as Luxembourg attract hundreds of millions of dollars in the space production of useful substances. We have to admit that they are now experiencing not the best times, but their projects did not refuse. Moreover the competition is growing. Chinese researchers also proposed a project to “capture” an asteroid and the development of its mineral resources.

Given that during Japanese Hayabusa2 mission on a celestial body Ryugu scheduled to take rock samples and carry out mini-drilling, this can also be considered a preparatory step toward full-fledged “mining”.

In addition to treasures, asteroids can represent a mortal danger to our planet.

A collision with a 10-kilometer asteroid can become the finale of our civilization. In fairness, we note that it is extremely unlikely. Smaller asteroids are more likely to meet Ground and fall more often. Therefore, to study the situation in the Kuiper Belt is also from security reasons.

Unfortunately, Russia is not involved in this project of humanity. As before, the Soviet Union, our country is far from flying beyond the orbit of Mars. Even cooperation with Western countries that previously happy to use the Russian Finance, instruments and launch vehicles, may become more complicated due to the political situation. All current features of Roskosmos focused on projects for the creation of rockets “Soyuz-5” spaceship “Federation”, the satellite constellation Sphere and other projects in the best case, into orbit.