Prosecutors office will check the airport, from which flew crashed in the Irkutsk region helicopter

IRKUTSK, September 3. /TASS/ — the Agency is also reviewing the airline “Angara”, which owned the Mi-8. 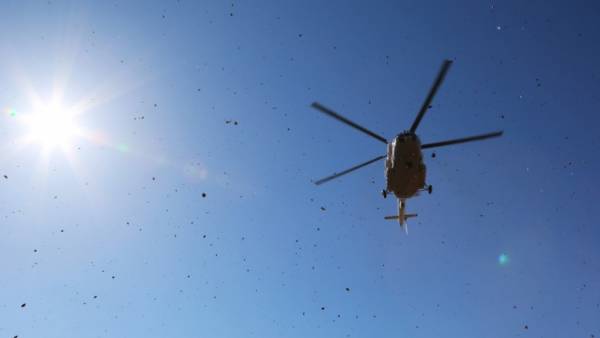 The Prosecutor’s office launched an investigation of “Angara” airlines and airport Ust-Kut in Irkutsk region, where on the eve flew the crashed Mi-8 helicopter, said Monday the press-service of East – Siberian transport Prosecutor’s office.

“Baikal-Angara and Osetrovskaya transport Prosecutor’s office began check of observance of requirements of the legislation on safety of flights of airline “Angara” and the place of departure of the helicopter”, — is spoken in the message.

The Prosecutor’s office also established a supervision of investigation of criminal case of the East Siberian investigative management on transport SK the Russian Federation under part 3 of article 263 of the criminal code (“Violation of safety rules of movement and operation of air transport”).

As reported TASS in the press-service East-the Siberian investigatory management on transport SK the Russian Federation, the investigation team in the next few hours will fly by the scene. In the Siberian regional center (SRC) of the EMERCOM of Russia added that investigators will be taken to the Board MOE.

According to the investigation, version of what happened can be made only after inspection of the crash site.

The Mi-8 helicopter of Angara airlines went missing on Sunday, in the time he has not been in contact. As reported TASS in the SRC of emergency situations, he was discovered on the territory of the Kazachinsko-Lensky district of Irkutsk region 290 km South-East of Ust-Kut. According to a source in the emergency services, when they hit the ground the helicopter was destroyed at the crash site found the bodies of three crew members — all who were on Board.