TASS, September 3 — a Source in emergency services of the region also added that the helicopter was destroyed by impact with the ground. 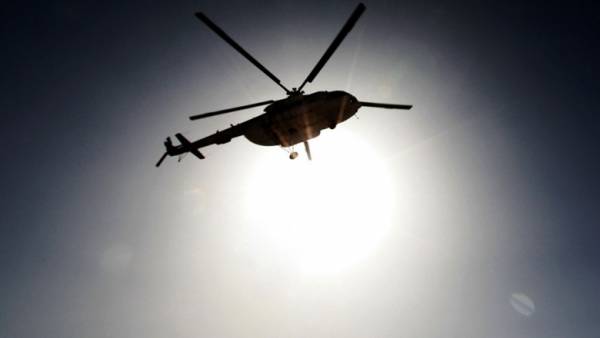 In the crash of a helicopter Mi-8 in Irkutsk region killed three pilots. As reported TASS a source in emergency services of the region, their bodies discovered at the crash site of the aircraft.

The source also added that the helicopter was destroyed when it hit the ground.

Siberian regional center (SRC) emergencies Ministry confirmed the information about the discovery of the bodies of the three victims. As reported TASS the press service of EMERCOM of SRC, the issue of transportation.

The rescuers EMERCOM of Russia on foot reached the crash site of the helicopter reported three dead. Currently, the decision on transportation of the bodies from the scene of the accident. the representative of SRC

Mi-8 of airline “Angara” was gone on Sunday, at the set time he has not been in contact.

As reported TASS in the Siberian regional emergency center, he was discovered on the territory of the Kazachinsko-Lensky district, 290 km to the South-East of the city of Ust-Kut.