Volcker: the U.S. can help Ukraine by supplying lethal weapons

According to state Department special envoy for Ukraine, the Ukrainians defending their country, “every week I lose a soldier.” 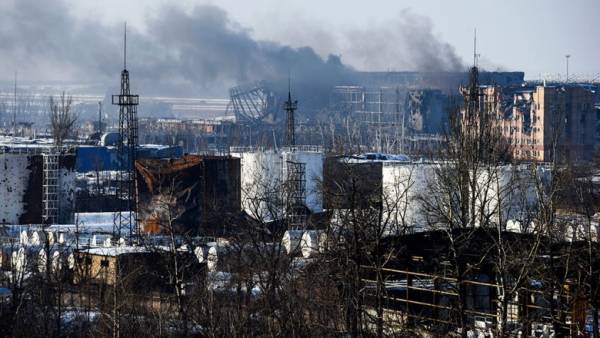 LONDON, September 1. /TASS/. The administration of the President of the United States Donald trump is ready to help Ukraine by supplying lethal weapons in addition to anti-tank missiles, which the United States transferred to Kiev in April. This was stated in an interview with The Guardian representative of state Department of Ukraine Kurt Volker.

According to him, the Ukrainians are defending their country, “every week I lose a soldier.”

And in this regard to Ukraine’s natural to build up its military capacity to engage in self-defense, it is natural to ask for help and it is natural that other countries should help them. And, of course, they need help in the form of lethal weapons, because they shoot.Kurt Volkerrechtlichen of state Department of Ukraine

He said that the US “the conversation can take place with Ukraine, as with any other country, about what they need.” “I think — said Volker, — there will be some discussion in respect to Maritime capabilities, because, as you know, their fleet was largely captured by Russia. And so they need to restore the naval forces, and they also have a very limited military air capability. I think that we have to pay attention to air defense”.

Volcker also said in an interview that he was confident that US President Donald trump would support his country’s position regarding Ukraine at the July summit in Helsinki. However, he rejected suggestions that his efforts to maintain consistent pressure on Russia from the West has been undermined by a much milder rhetoric trump, as head of the White house has repeatedly expressed its desire to remove anti-Russian sanctions and allegedly told the leaders of the G7 about the validity of stay of the Crimea as part of Russia, since the population of the Peninsula speak Russian.

“The President seems to be trying to open a channel of dialogue with [Russian President Vladimir] Putin, to see if it will be possible to solve the problem, we would have had to,” explained Walker. He called this approach “smart and important”.